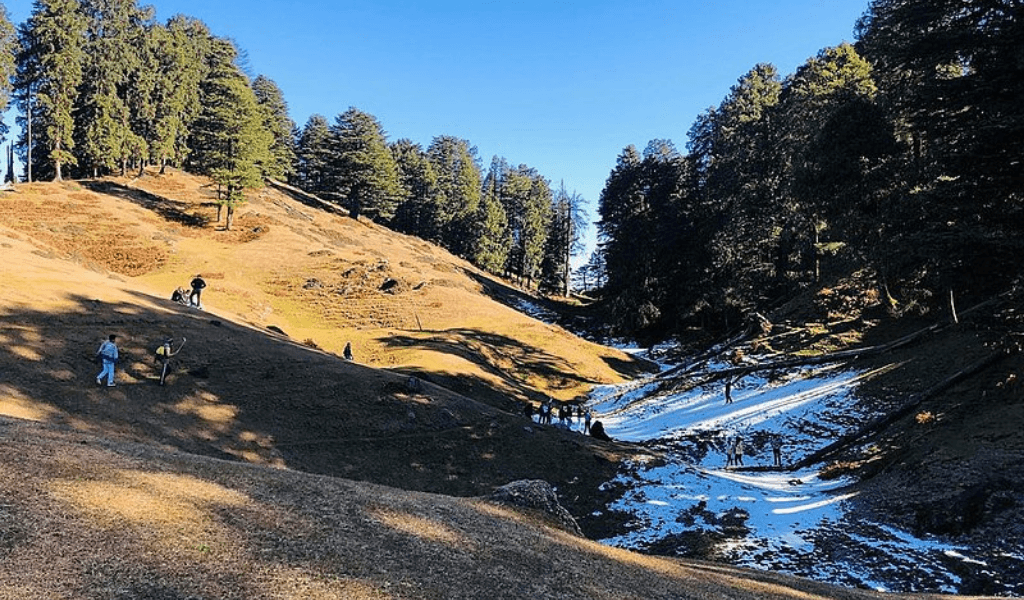 Deoban or Devban in Chakrata

Deoban (Devban) in Chakrata is a restricted location with lush green forests. Deoban in Chakrata stands at 6855 meters and is best for trekking, hiking, and birdwatching.

The name Deoban  is derived from the words “Deodar trees” and “ban,” which means “forests.” The trek, true to its name, is one of the few Uttarakhand trails dominated by Deodar trees.

Typically, clumps of these trees grow together in a mixed forest on Uttarakhand trails, but not an entire trail. An entire trail of Deodar trees is typically found in Kashmir or Himachal.

Imagine the woodsy scent of sap enveloping you as you walk among these towering trees. They are so tall that you might get a neck ache just looking at their tops. These trees are over 600 years old, and their age appears to give them a sense of sentience. get It’s no surprise that trees were named “devdaru” – a Sanskrit word that means “divine wood”/”timber of Gods.”

Frank Smythe’s party made the first ascent of Deoban in Chakrata by Britishers. On August 4, 1937. Deoban in Chakrata was climbed by a team of twelve Indian Military Academy students in 1968. In August 2009, Samrat Basu led a team of nine Ordinance Factories Mountaineers and Trekkers from West Bengal. The Amrit Ganga valley approached Deoban in Chakrata after the monsoon season.

They established their base camp at Eri Udiyar on the right bank of the Amrit Ganga. Camp 3 was established on the Upper Bidhan glacier, and the summit camp was established at 6320 meters. They climbed the northwest ridge before reaching the west ridge. Samrat Basu, Ashim Ghosh, Tapas Dey, Prosenjit Bagchi, and four high-altitude supporters reached the summit on August 28.