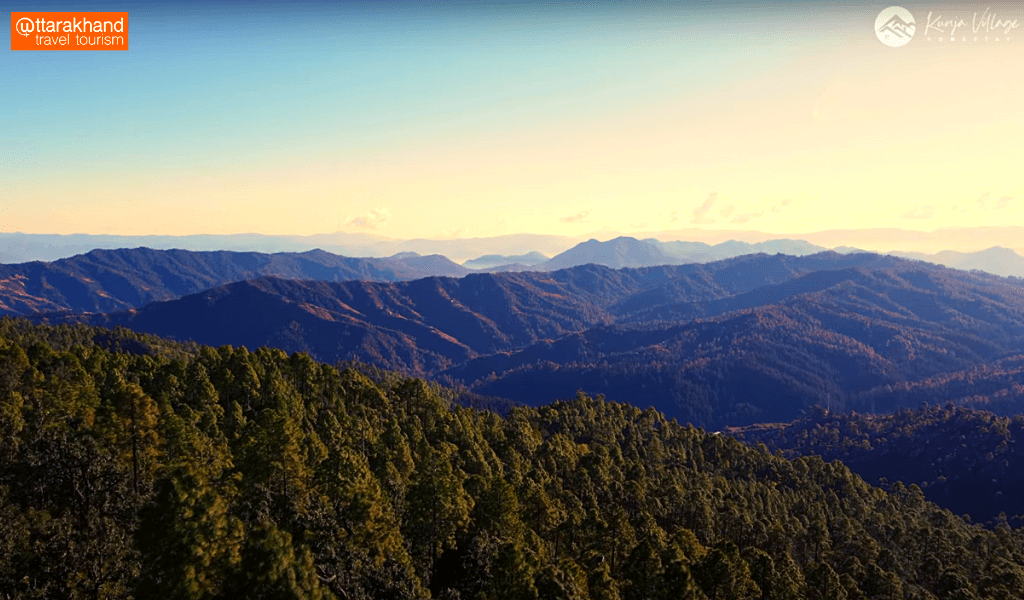 Ramgarh, a picturesque hill station in Uttarakhand’s Kumaon region, is surrounded by verdant apple, peach, pear, and apricot orchards. This lesser-known hill station near Mukteshwar has breathtaking views that provide a visual feast, making it a strong contender for being named one of India’s most beautiful places.

Those looking for a break from the popular and crowded hill station can certainly plan a vacation here, as the mountains and land at Ramgarh are still unexplored and full of stories to tell. With that in mind, did you know that Ramgarh has been a welcoming host to Nobel Laureate, Rabindranath Tagore, who is said to have composed several beautiful works in the lap of this place? Ramgarh’s beauty is inspirational and unforgettable.

When it comes to enjoying this activity in Ramgarh, most people take the route that leads to the Mukteshwar temple. Mukteshwar is about 25 kilometers from Ramgarh, but there are a few short treks that adventure seekers can enjoy. Ramgarh is a very peaceful and beautiful place with lots of vegetation.

Our Ramgarh travel guide is jam-packed with information on the best places to visit and amazing things to do, making it an absolute must-have for anyone looking for an unforgettable travel experience.

Ramgarh has pleasant weather and is therefore likely to be rich in vegetation. Summers are mild, and as the rainy season approaches, the temperature drops even further. For both of these reasons, a large number of people visit this location. Those who enjoy cold weather, however, come here during the winter season to enjoy this time of year.

SUMMER
The summer season begins in March and lasts until May. In the summer, temperatures range from 15 to 30 degrees Celsius. It is accompanied by a cool breeze, which keeps the temperature from rising too quickly.

MONSOON
The monsoon in Ramgarh begins in June and lasts until the end of August. Ramgarh has a medium rainfall and an average temperature of 20 °C. This location is blessed with lush greenery, which is revitalized as the showers begin.

WINTER
Winter temperatures in Ramgarh reach a high of 10 degrees Celsius. When the sun sets, the temperature drops to 0 °C, making it quite chilly. Those who enjoy cold weather, however, enjoy it.

In Ramgarh, there are many lovely cottages and guesthouses to stay in. The majority of the accommodations here have a lovely morning view. The cottages are well-known for providing visitors with a comfortable stay. Apart from that, Mukteshwar, which is located near Ramgarh, has a variety of hotels and resorts. Because Mukteshwar is more popular among tourists, it has been designed to cater to a variety of tourists with varying budgets.

How to Reach Ramgarh

Ramgarh has good road access to most of the important places in the Kumaon region. However, the nearest airport is not far from Ramgarh, and neither is the railway station, so getting to this Kumaon hill station is simple.

BY AIR
The nearest airport to Ramgarh is Pantnagar airport, which is approximately 76 kilometers away. One must descend here and take a cab to Ramgarh.

By RAIL
The nearest railway station is in Kathgodam, about 45 kilometers from Ramgarh. This station is well connected to major Indian cities such as Lucknow, Delhi, Kolkata, and many others. Many trains run up and down between these terminals at regular intervals.

ROAD Ramgarh is a remote destination, but it is well connected by motorable roads to major Kumaon destinations such as Mukteshwar, Nainital, Almora, and Haldwani. State buses run to Haldwani, the nearest bus stop, from where one can take a taxi to Mukteshwar.

Places to Visit in Ramgarh