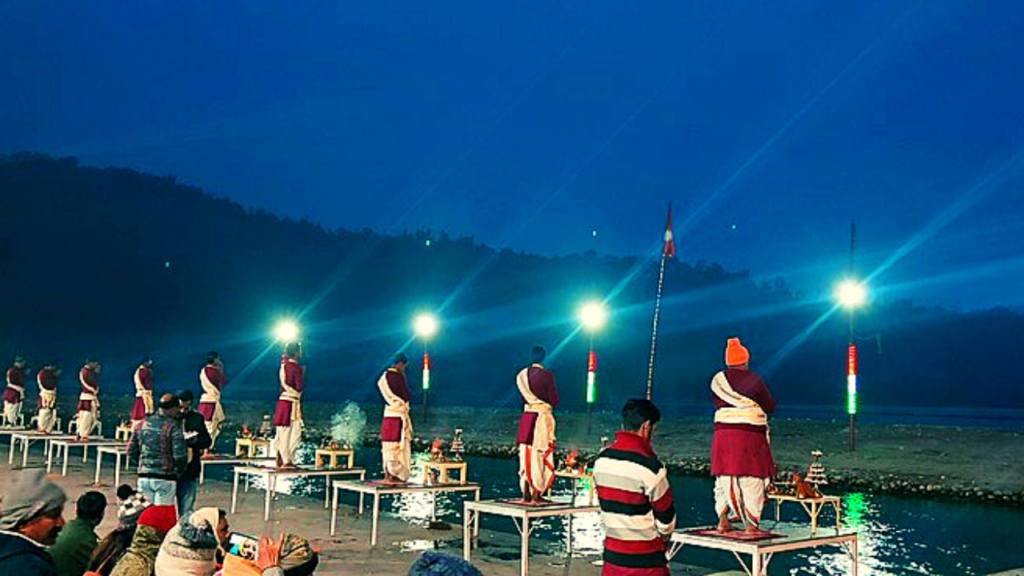 Triveni Ghat, located at the confluence of three holy rivers, Ganga, Yamuna, and Saraswati, is always crowded with devotees seeking to cleanse themselves of their sins. Lord Krishna is said to have visited the ghat after being injured by the arrow of Jara, a hunter.

Triveni Ghat, Rishikesh’s most revered ghat, is even used by devotees to perform the last rites and rituals of their loved ones. The ghat is famous for its Ganga aarti, which is performed to the sounds of Vedic hymns.

The sight of oil leaves filled with diya and petals that devotees release floating on the pristine Ganga and the traditional aarti is breathtaking. The Gita Mandir and Lakshminarayan Temple can be found on the banks of the Triveni Ghat. On a short tour to Triveni Ghat, a sunrise boat ride along the Ganges is a must.