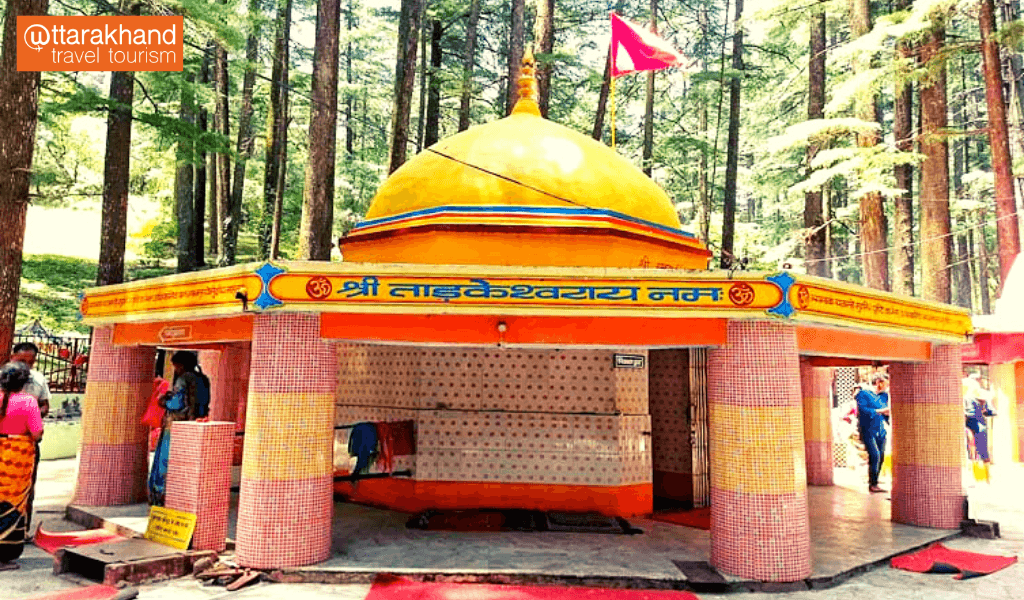 It is one of the most well-known temples in the state of Uttarakhand.  Tarkasur, according to folklore, was a demon who meditated and adored Lord Shiva at this site in exchange for a boon. Lord Shiva, moved by Tarkasur’s devotion, granted him the benefit of immortality, with the exception of Lord Shiva’s son.

Tarkasur began to be evil by murdering saints and threatening gods. Lord Shiva was requested for assistance by the Sages. Lord Shiva marries Parvati after being disturbed by Tarkasur’s wrongdoings, and Kartikeya is born.

Kartikeya quickly murdered Tarkasur, but before dying, Tarkasur prayed to Lord Shiva and asked for forgiveness. Mahadev then gave his name to the temple where Tarkasur previously meditated. As a result, the location is known as Tarkeshwar Mahadev.

Lord Shiva is the temple’s presiding deity. The temple is surrounded by dense woods of Deodar, Cedar, and Pine. Previously, a Shivling could be found in the Tarkeshwar Mahadev temple, but currently, a Lord Shiva idol performing tandava is adored. The Shivling in the temple is positioned beneath the deity’s idol.

The main temple is next to a shrine devoted to Goddess Shakti. According to another tradition, Goddess Parvati turned herself into seven deodar trees in order to give shade to Lord Shiva, and the deodar trees of the region are descended from these seven trees. The deodar grove is thought to be in the shape of the letter Om.

Every year, Mahashivaratri is celebrated with tremendous pomp and display, and devotees flock here in large numbers to pray. The shrine is surrounded by hundreds of bells donated by enthusiasts. There are two dharamshalas for tourists near the temple.