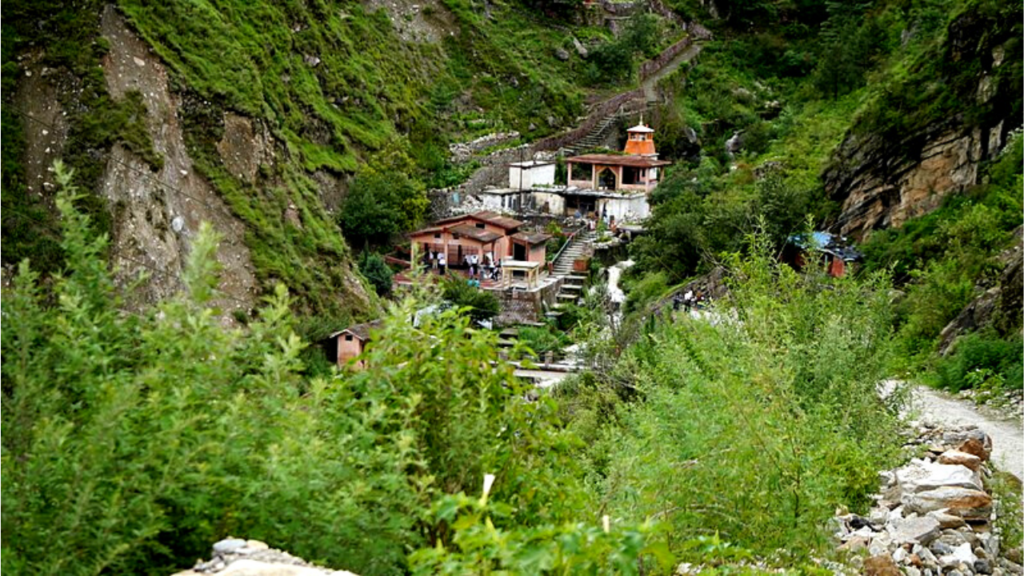 According to Hindu legend, King Bhagiratha of the Ikshavaku Dynasty meditated here to Lord Shiva in preparation for Ganga’s descent to Earth. The area above the Gangotri Glacier in Uttarakhand, India, which is one of the Ganges’ primary sources, is the most well-known tapovan in India.

In India, a tapovan is any location where someone has engaged in a serious spiritual retreat, even if there is no forest. Aside from specific caves and hermitages where sages and sadhus have lived, there are some places, such as the western bank of the northern Ganges river around Rishikesh, that have been so heavily used by hermits that the entire area has become known as a tapovan.

The most well-known tapovan in India is the area above the Gangotri Glacier in Uttarakhand, India, which is one of the Ganges’ primary sources. A barren area at about 4,463m (14640 feet) elevation at the foot of Shivling peak is a seasonal home to several sadhus living in caves, huts, and other structures, and it has also become a trekking destination.

The trek usually begins in Gomukh and was considered moderate to difficult prior to the 2013 North Indian Floods, which destroyed much of the trail from Gangotri to Gaumukh. The Tapovan area serves as a base camp for several mountaineering expeditions, including those to Shivling Peak and Bhagirathi Peak.

The Tapovan area is rich in meadows, streams, and flowering plants, and the meadows are regarded as some of India’s best high-altitude meadows. In Tapovan, a stream called Amrit Ganga – Gange’s nectar – flows into the glacier. Near Tapovan, there is also a place called Nandanvan, which is visited by trekkers and pilgrims. Nandanvan is a large meadow at the base of the Bhagirathi massif.