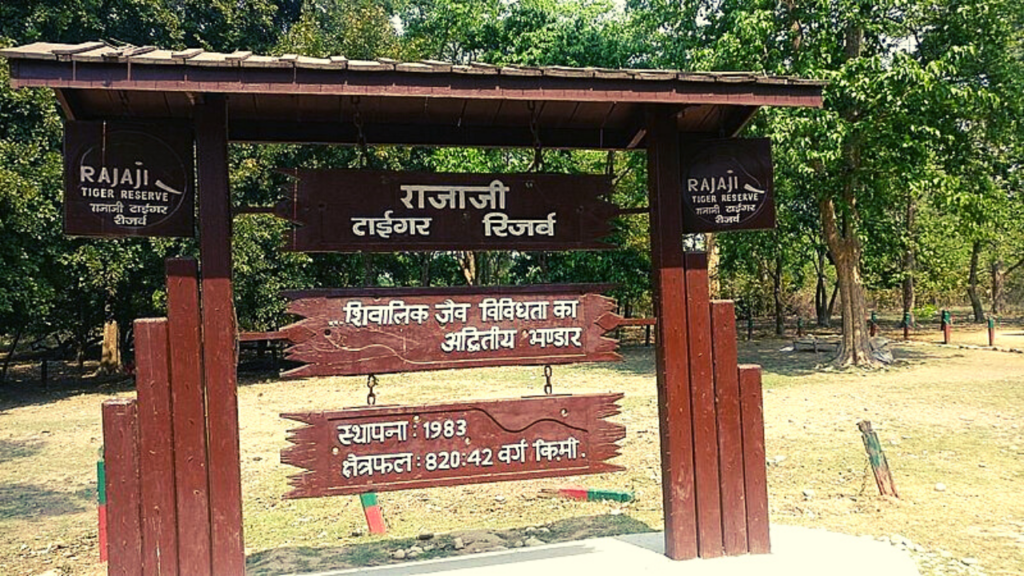 Rajaji National Park is one of the most beautiful reserves to the east of Haridwar and is located in the Uttarakhand districts of Pauri Garhwal, Dehradun, and Haridwar. The park encompasses the Shivaliks, which are located near the Himalayan foothills, and covers an area of 820.42 square kilometres. It’s a haven for nature and adventure enthusiasts who come to see the real wildlife.

Rajaji National Park was established in 1983 by combining three sanctuaries known as Rajaji (1948), Motichur (1964), and Chilla (1977), all named after the well-known statesman and freedom fighter Sri C. Rajgopalachariya, also known as ‘Rajaji’. He was both India’s first and last Governor-General.

Flora in Rajaji National Park is nestled between the Indo-Gangetic plains and the Shivalik ranges, and the park’s flora includes riverine vegetation, broadleaved deciduous forests, grasslands, scrubland, and pine forests. This park’s verdant jungles are home to vibrant wildlife.

There are some primates as well, such as the Hanuman Langur and the Rhesus Macaque. The Indian Hare and Indian Porcupine are the most common small mammals in the park. Rajaji’s reptiles include Indian Cobra Pythons, Common Kraits, King Cobras, and Monitor Lizards. There are approximately 315 bird species that provide visitors with a visual treat. The peacock is plentiful.

To thrill and experience the wilderness and diversity of species, one must visit Rajaji National Park and explore the Shiwalik and Himalayan Ranges. This park has it all: adventure and wildlife! Elephant Safari in Rajaji is one of the best ways to explore the beautiful forest, which is home to approximately 500 wild elephants, a herd of deer, jackals, wild boars, leopards, bears, and a variety of birds. Jeep safaris are also available to explore the forest’s wildlife.

How to Reach Rajaji National Park

The park has a number of entrances and is easily accessible from Haridwar, Rishikesh, Mussoorie, and Dehradun. Saharanpur, which is well connected by train to other cities in India, is also a good starting point for a one-hour drive to the Park’s Mohand area.

The park is accessible by bus or car from Delhi (220 km) and Lucknow (510 km). Chilla is only 8 kilometres from Haridwar Railway Station, which is well connected to major cities, and 24 kilometres from Rishikesh.