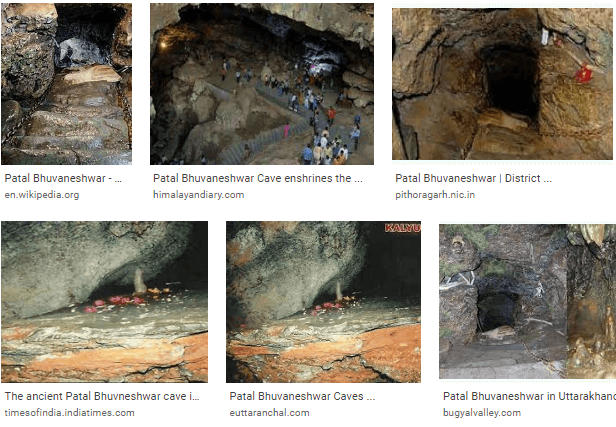 Uttarakhand never fails to bless pilgrims who travel to this heavenly location in search of the divine. With so many sacred spots attracting devotees, one of the sacred spots in the Pithoragarh district of Uttarakhand’s Kumaon Region is a sacred cave named Patal Bhuvaneshwar, which is located in the village of Bhuvaneshwar at an altitude of 1350 m.

It is a natural cave that Hindu devotees who come here to perform pilgrimage revere. According to local legend, this underground cave houses Lord Shiva and various forms of Sheshnaag, Kaal Bhairav, Lord Ganesh, and the Hindu pantheon’s 33 crore gods.

This popular tourist destination in Uttarakhand was discovered by King Ritupurna, who ruled Ayodhya during the Surya Dynasty during the Treta Yuga, and these caves are also mentioned in 103 chapters of the Skand Puran’s ‘Manas Khand.’ Adi Shankaracharya visited this cave in 1191 AD, which marked the beginning of modern pilgrim history at Patal Bhuvaneshwar.

Pilgrims claim that the journey inside the cave must be made in the dim light while holding protective iron chains. It is also believed that worshipping at Patal Bhuvaneshwar is equivalent to worshipping at Uttarakhand’s Char Dham.

With so much history behind it, Patal Bhuvaneshwar is a must-see destination for both devotees and those interested in nature. This cave has a depth of 90 feet and a length of 160 meters from its entrance. The Patal Bhuvaneshwar temple is a series of caves that are nestled one inside the other.

There are four entrances to the cave, which are named Randwar, Paapdwar, Dharamdwar, and Mokshadwar. Two of these doors were closed, the first during Ravana’s death and the second after the epic battle of Mahabharata, and only two of them are now functional.

The temperature in this village is mild all year, making it a popular tourist destination. Although the monsoon season can be challenging due to the excessive rainfall that this location experiences, devotees continue to flock to this religious destination.

In the summer months, the temperature in Patal Bhuvaneshwar ranges from 19°C to 36°C and remains quite pleasant. The month with the highest temperature in this location in May.

Monsoon temperatures range from 10°C to 17°C on average due to excessive rainfall from July to September. With regular rain and occasional roadblocks in the calendar, it becomes more difficult for devotees to reach the cave temple during the monsoon months.

The winter season in Patal Bhuvaneshwar lasts from October to February, with temperatures ranging from 4°C to 15°C. The winters in this religious destination are clearly cold, but they are appealing enough to attract devotees.

Patal Bhuvaneshwar has a limited number of hotels and guest houses. However, almost all of them offer a comfortable stay option while catering to all of the visitors’ basic needs. Tourists can stay comfortably in government-owned guest houses (KMVN). Some lodging options can be found in nearby Gangolihat, but for the best places to stay, book a hotel in Pithoragarh, which is located some distance from Patal Bhuvaneshwar.

How to Reach Patal Bhuvaneshwar

Patal Bhuvaneshwar is easily accessible due to its well-maintained roads and good connectivity with all of the major cities and towns in the Kumaon region. The place can also be reached by air or rail, but the final stretch of the journey can only be reached by road.

Pantnagar Airport, about 230 kilometers from Patal Bhuvaneshwar, is the closest place to land, and from there you can hire a taxi or book a cab to the village.

Tanakpur, the nearest railway station, is 154 kilometers from Patal Bhuvaneshwar. These two locations are connected by roads, so you can take a cab to your destination.