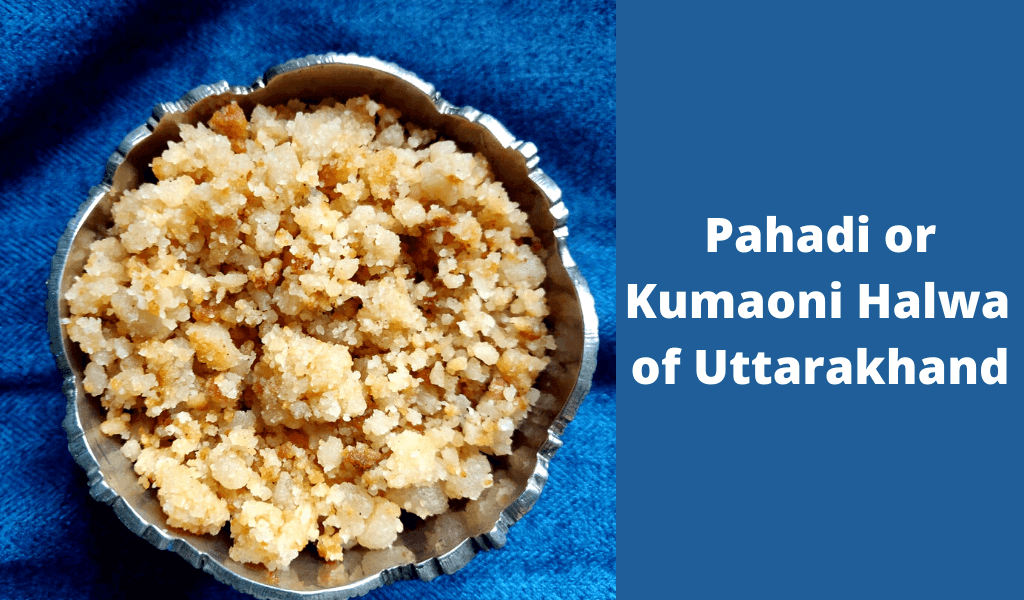 Pahadi or Kumaoni Halwa of Uttarakhand

Pahadi halwa is totally different than the regular suji ka halwa prepared in North India and is made for special occasions like weddings and festivals.

I used to prefer Sheh to plain semolina halwa when I was a kid. However, it is so rich and requires so much muscle work to constantly stir it that my mother only made it on rare occasions. It is said to be the recipe of the Nainital Shahs (traders). It incorporates hill flavors such as fennel seeds, and the batter can be fried to make fritters or ‘puas,’ which are typically served at festivals.

So, on this President’s Day weekend, I attempted to recreate Sheh in my San Francisco kitchen after many years. I thought it was good, but I should have used more sugar, which I corrected in the recipe. Remember to stir frequently; the golden crust imparts this divine flavor.

When I told my friend about my little experiment, he freaked out because the amount of ghee scared him, but I enjoyed every morsel of this dessert and it was worth all the ghee to me. Salad is all I need for the rest of the week.

Kumaoni halwa or Pahadi halwa is not the same as the traditional suji ka halwa made in North India. The yogurt adds a tangy flavor, and the crust adds crunch. I loved it when I first tried it at the home of a Kumaoni friend, and you will too.

1. Combine the semolina, yogurt, water, fennel seeds, and cardamom in a mixing bowl and set aside at room temperature for 30 minutes.

2. Melt the ghee in a wok. Pour in the semolina mixture.

3. Continuously stir. When the sugar is golden, add it.

4. Continue to stir in the sugar. To get a golden crust, wait a minute without stirring before turning to the other side. Mix the crust thoroughly with the remaining halwa.