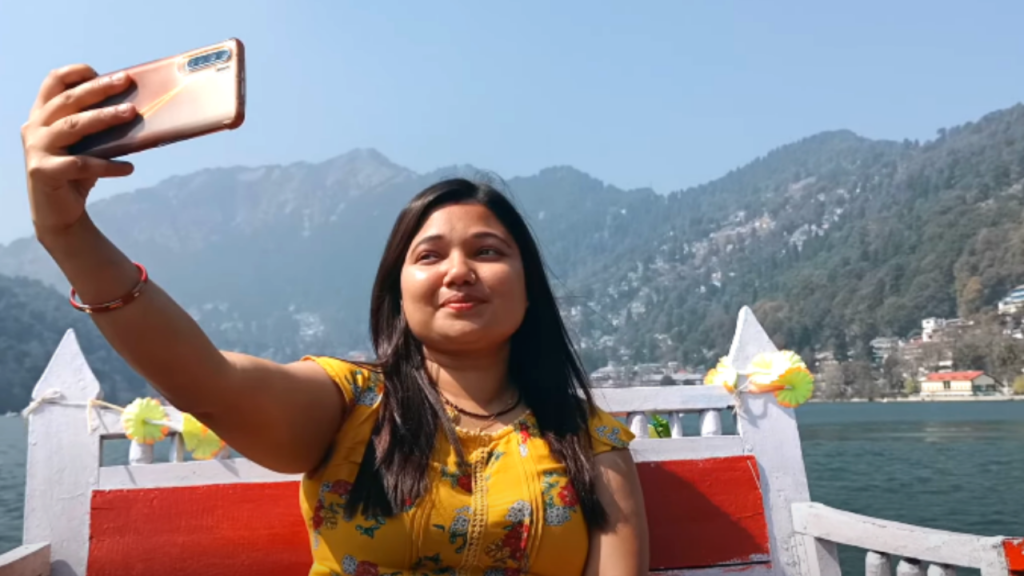 Have you ever imagined beautiful lake of water surrounded by lush green mountains, a refreshing breeze, chirping birds, colorful boats, mixed flora, and orange-colored common carp fish peering at you from beneath the water? In your dream, you must have been standing at Naini Lake. 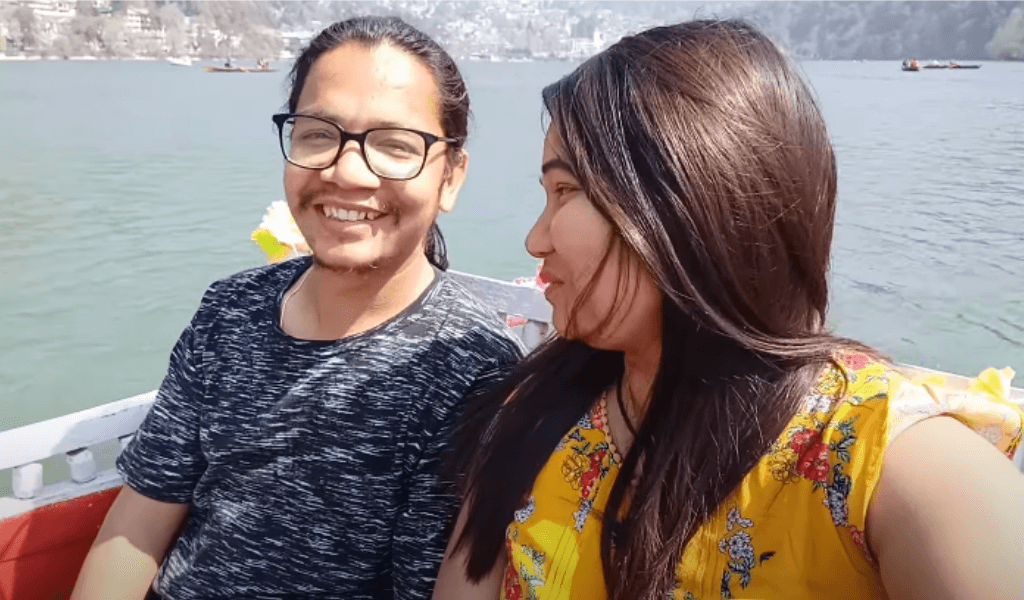 The Naini lake, nestled in the beautiful Kumaon town of Nainital, is nothing short of a dream come true. Throughout the year, the crescent-shaped freshwater lake is a popular tourist destination and a dream destination to many travellers.

The destination is a perennial favourite among families, friends, honeymooners, and those on one day trips. It provides you with a magnificent experience of admiring its beauty while strolling along its perimeter, boating in the glistening waters, and quacking with the joyful ducks. 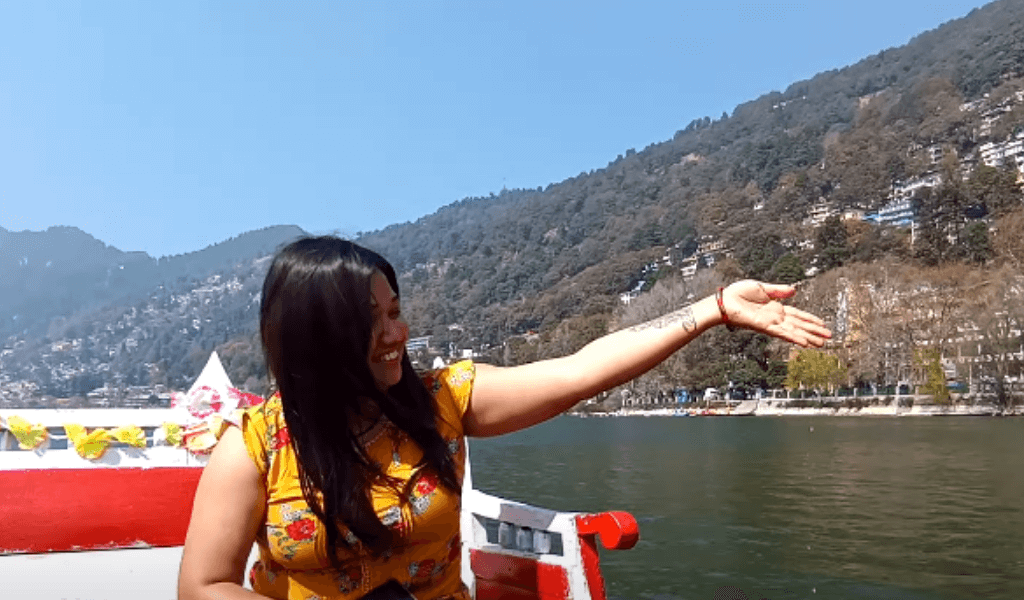 Nainital Lake is so large that it has been divided into two sections: Tallital and Mallital. The upper segment is known as Mallital, and the lower segment is known as Tallital. Laria Kanta, Sher ka Danda, Cheena Peak, Handi Bandi, Aryapata, and Deopata are the seven colossal peaks that surround the lake. The lake has a diverse flora that includes coniferous trees, oak trees, and the famous Bicchu Booti plant of Nainital. 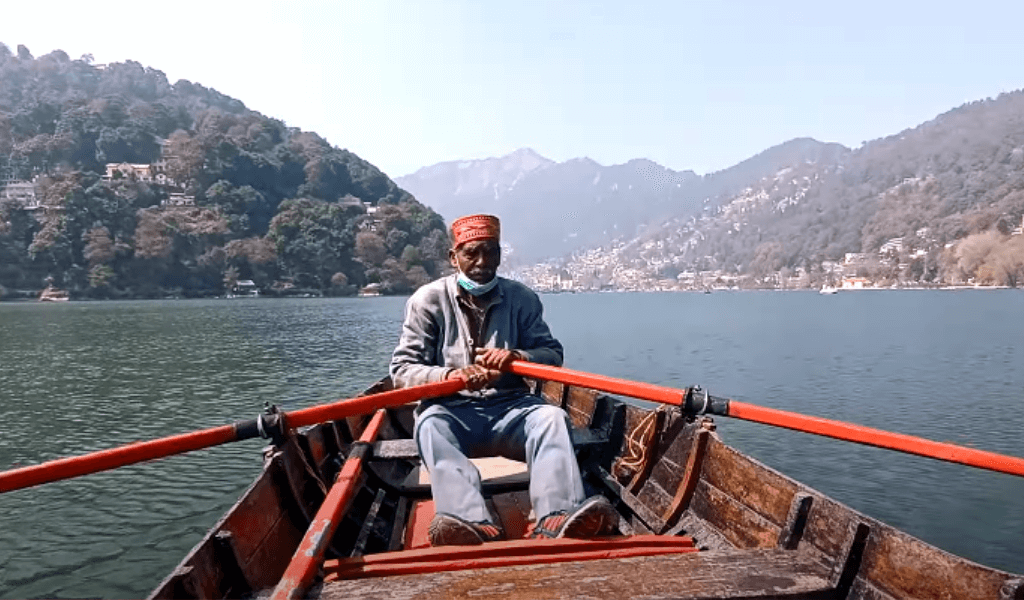 The local legend tells of an extremely powerful king named Daksha, who was the father of a lovely girl named Sati. Daksha began looking for a suitable match for Sati as time passed and she reached marriageable age. Meanwhile, Sati fell in love with Lord Shiva, whom Daksh despised. Regardless, Sati and Shiva married and began their married life.

Angry Daksha organized a Yajna, which included a ritual involving the sacrifice of something specific in the fire, but he did not invite Sati and Shiva. Sati went to the ritual, disappointed but full of faith in her Father’s love. Daksha’s agony had not subsided, and he had insulted the couple. Sati, a devoted wife, couldn’t take the insult any longer and leapt into the sacrificial Yajna fire.

The news was beyond Shiva’s comprehension, and the enraged husband began performing ‘Tandava,’ the celestial dance of destruction. A portion of Tandava was also performed at Naini Lake. In the midst of other Gods’ constant pleas for Shiva to stop, Lord Vishnu decided to use his Sudarshan Chakra on Sati’s dead body and cut it into 51 pieces, which fell at various locations across the country. At each such location, a temple has been erected. Sati’s eye, or ‘Nayan,’ fell at the Naini Devi temple in Nainital, hence the name.

Another historical significance of the Naini lake is the mention of a water body in the Hindu scripture ‘Skanda Purana’ that is known as ‘Tririshi Sarovar’ or the lake of three saints. This body of water is thought to be Naini Lake.

In addition, the town of Nainital is strikingly similar to European colonies. This is so because a European Businessman, P. Barron accidentally discovered Nainital during his hunting expedition. He decided to build a European-style township around the lake as an alluring summer escape after being captivated by its beauty and charm.

Things to do in Naini Lake 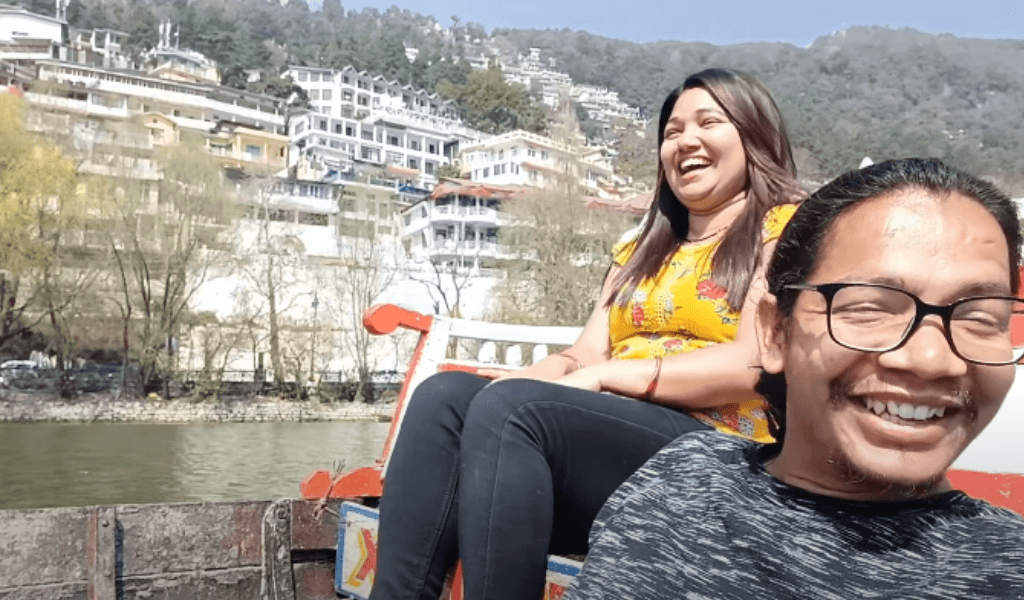 1. Take in the fresh mountain air while shopping in the market circle that surrounds the lake.
Try the nook shop’s delectable, mouth-watering cutting chai.

2. Nainital is well-known for its candles. Get your hands on the heavenly aromas and exquisite designs of candles available in a variety of sizes.

3. Get your picture taken among the picturesque scenery and glistening waters.

4. Take a boat ride and have one of the most memorable encounters with Kumaoni flora and fauna. Don’t forget to look out for the beautiful orange and pearl-colored fish that will be accompanying you throughout the ride. You can also feed them fish food found on the lake’s shores.

5. At the Eco Cave Gardens, you can see nature at its most natural.

6. At the Eco Cave Gardens, you can see nature at its most natural.

8. Shop for the works of local artisans on the Mall Road that surrounds Naini Lake.

9. Behold the breathtaking beauty of Snow View Point, which is located 3 kilometers ahead of Nainital.

10. The Tiffin top, also known as Dorothy’s Seat in memory of Mrs. Kellet Dorothy, is only a kilometer away.

11. Be astounded by the beauty of Naina Peak, which is only 3 kilometers from the city center.

12. Be a guest at the butterfly h(e)aven at Jeolikot, which is located 5 kilometers from the city.

13. Allow your children to have fun at the Nainital Zoo. 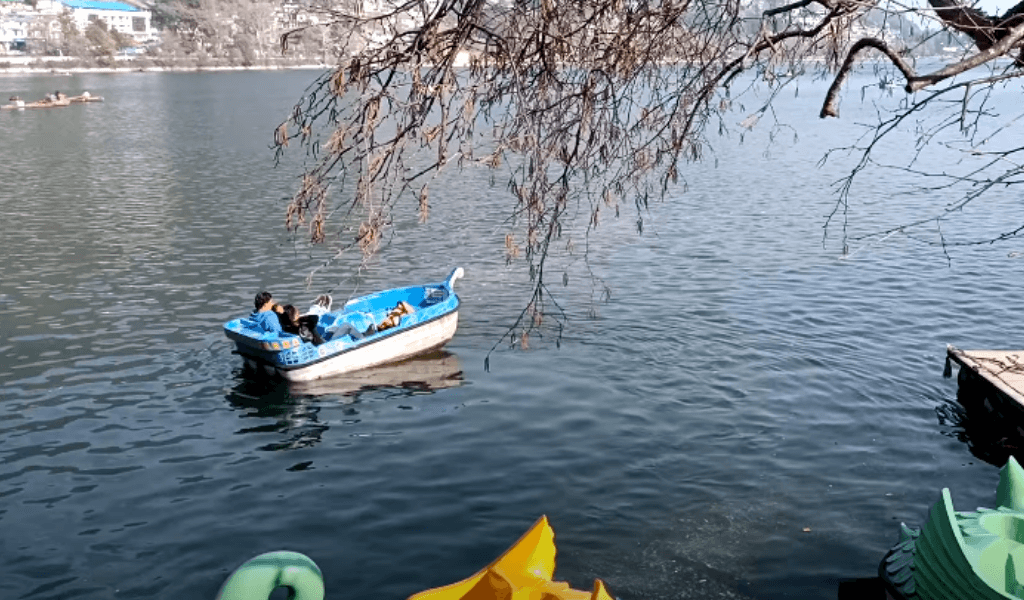 The Naini Lake has no admission fee, but there is a Rs. 100 toll on entering the Nainital District. Boating is charged at different rates depending on the type of boat. The boats cost Rs. 160 for a half-round rowboat, Rs. 210 for a full-round rowboat, and Rs. 210 for a paddle boat per hour. A Gondola ride across the lake is also available for Rs. 210 per person.

Facts of Naini Lake in Nainital 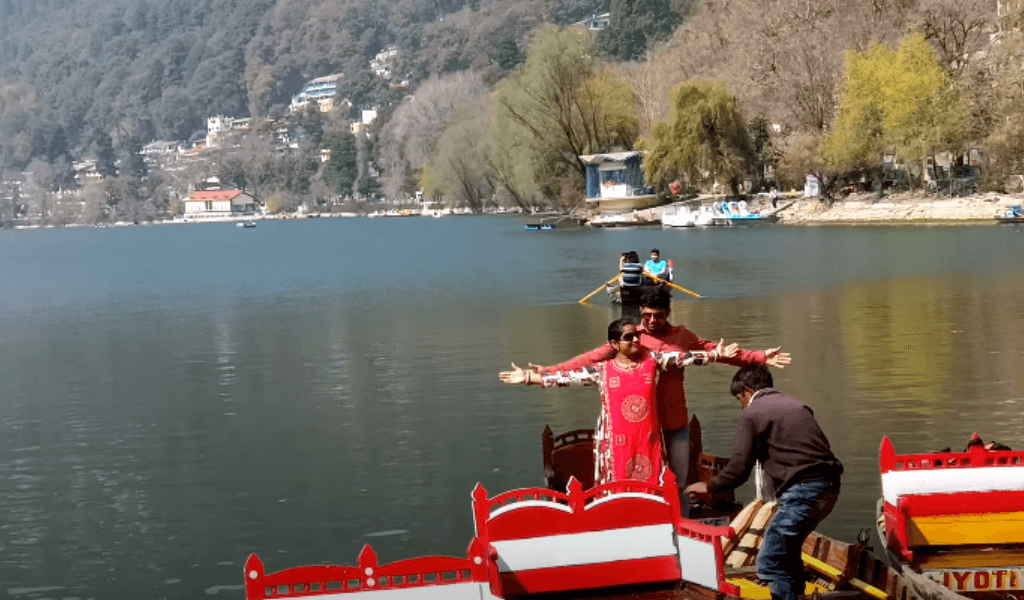 1. The Naini lake serves as the foundation for the crown, which is topped by seven hilltops.

2. You can take advantage of Nainital Boat Club’s exceptional hospitality. It has a yachting facility on the lake.

3. The Annual Kingfisher Yachting Competition is held at Naini Lake every year in June.

4. Every year in the months of October and November, the Tourism Department organizes a Kumaon festival.

5. The lake is naturally pear- or crescent-shaped.

6. Other popular lakes in the area include Naukuchiyatal Lake, Bhimtal Lake, and Sattal Lake.

If you like this blog and consider it a helpful read tp plan your trip to Naini Lake, just let me know by commenting!