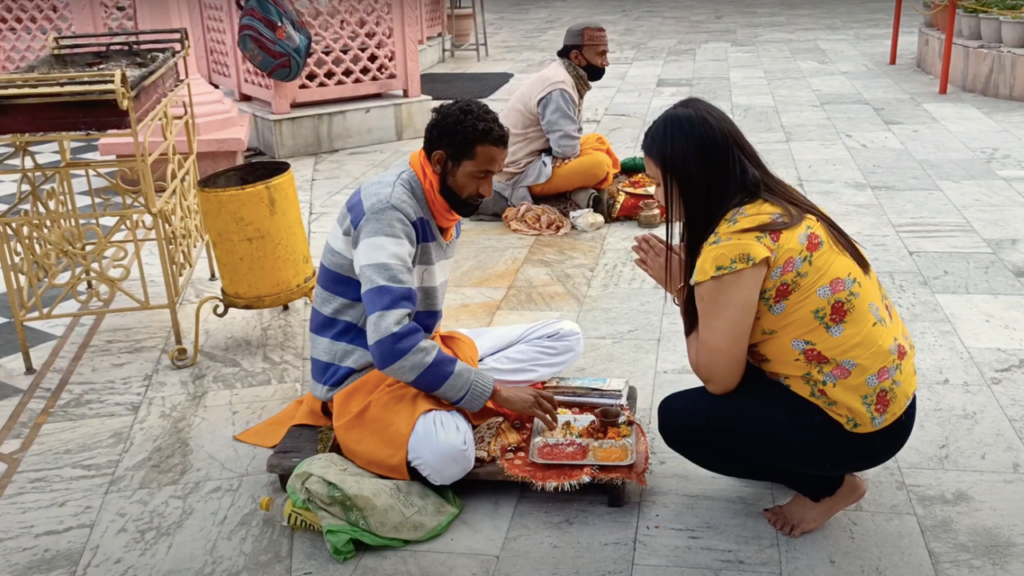 The Naina Devi Temple is a popular Hindu pilgrimage site in Nainital which is located on the shores of the Naini Lake and it is believed that the Naina Devi temple was founded when Lord Shiva was carrying Sati’s body and her eyes dropped to the ground where the temple now stands. Naina (eyes) Devi temple is the name of the town, the lake, and the temple.

Naina Devi Temple is thought to be an old temple built in the 15th century AD in the Kumaon region, and is generally known as Nanda or Naina Devi. It was destroyed by a landslide and then Mr. Moti Lal Shah later placed the first Naina Devi idol in 1842. The temple, however, was entirely destroyed in 1880 due to a landslide and then again built in 1883 by local people of Nainital. 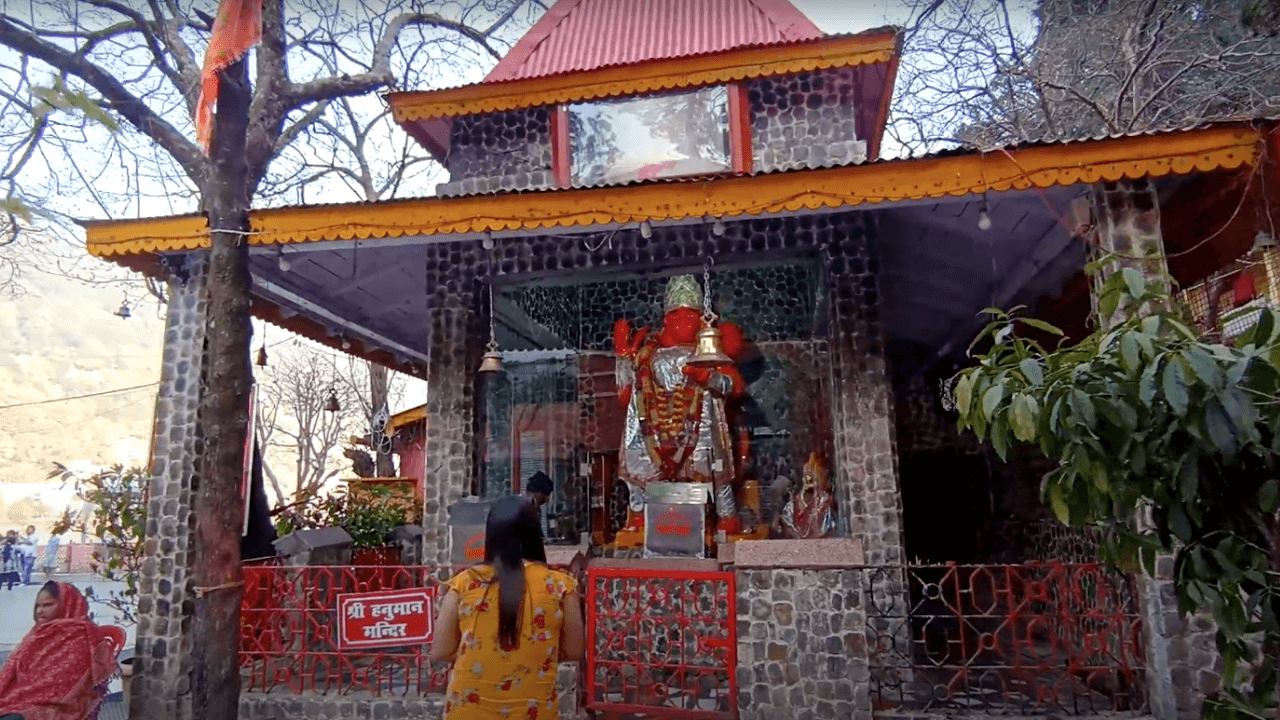 Inside the temple, there is a large courtyard with a sacred Peepal tree on the left and a shrine on the right with images of Lord Ganesh and Hanuman. Two lion statues stand outside the temple’s main entrance. Inside the main sanctum, one can see three deities: Kali Devi on the far left, Maa Naina Devi in the centre, and Lord Ganesh’s idol on the right. 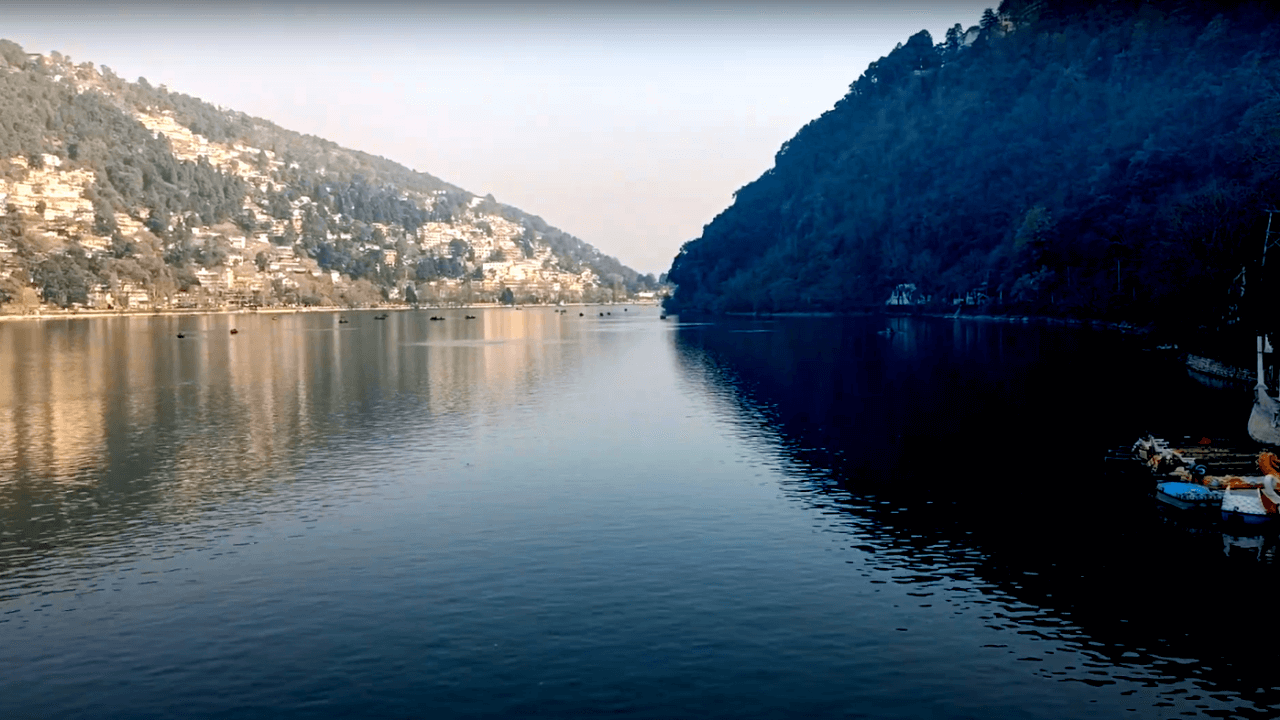 Thousands of visitors and locals visit the temple during the Nanda Ashtami, an eight-day festival held on the grounds of Naina Devi temple. Since 1819-19, a statue immersion ceremony has been held here every year. Other festivities, like as Navratri and Chaitra, draw large crowds. To get to the temple, walk from Nainital’s main bus station or take a rickshaw to Mallital bus station and then walk 300 metres. 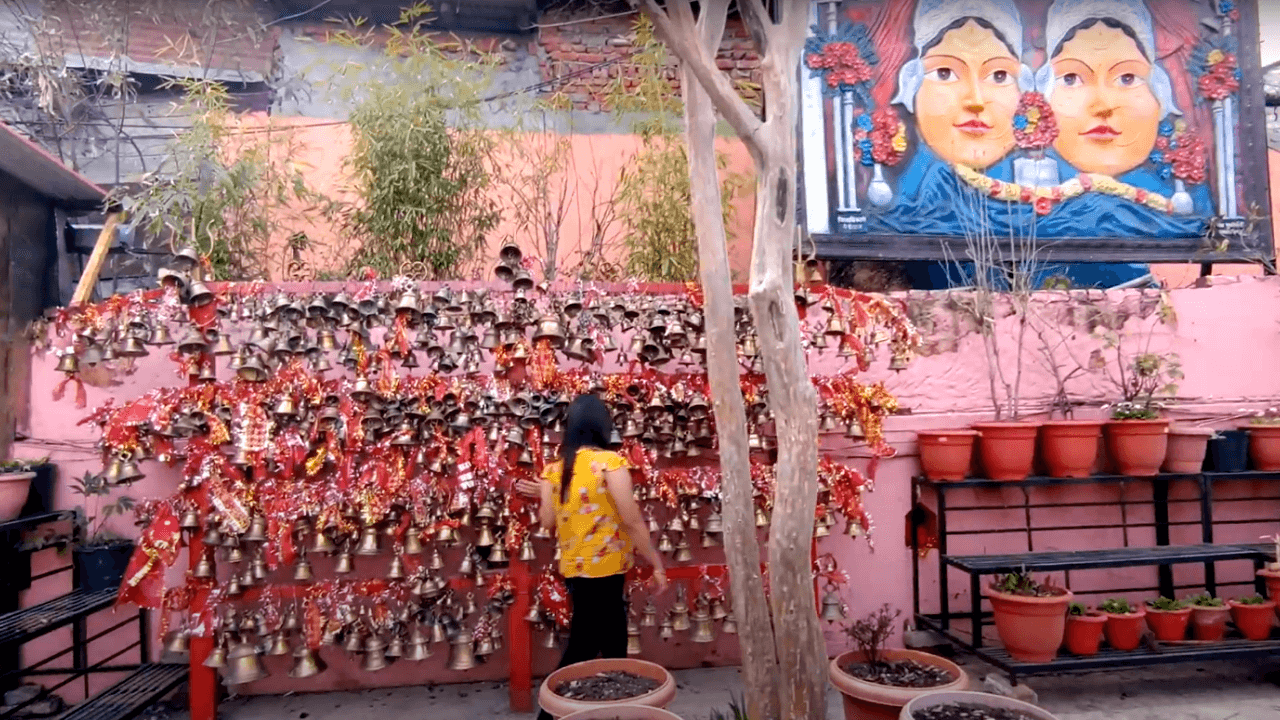 The temple was built on the spot where Goddess Sati’s eyes fell out while Lord Shiva was carrying her body after Lord Vishnu had sliced her into 51 pieces. The narrative begins with a magnificent monarch named Daksha Prajapati, who had a beautiful daughter named Sati. Daksh began seeking for a suitable mate for Sati as time passed and she matured into a lovely lady. 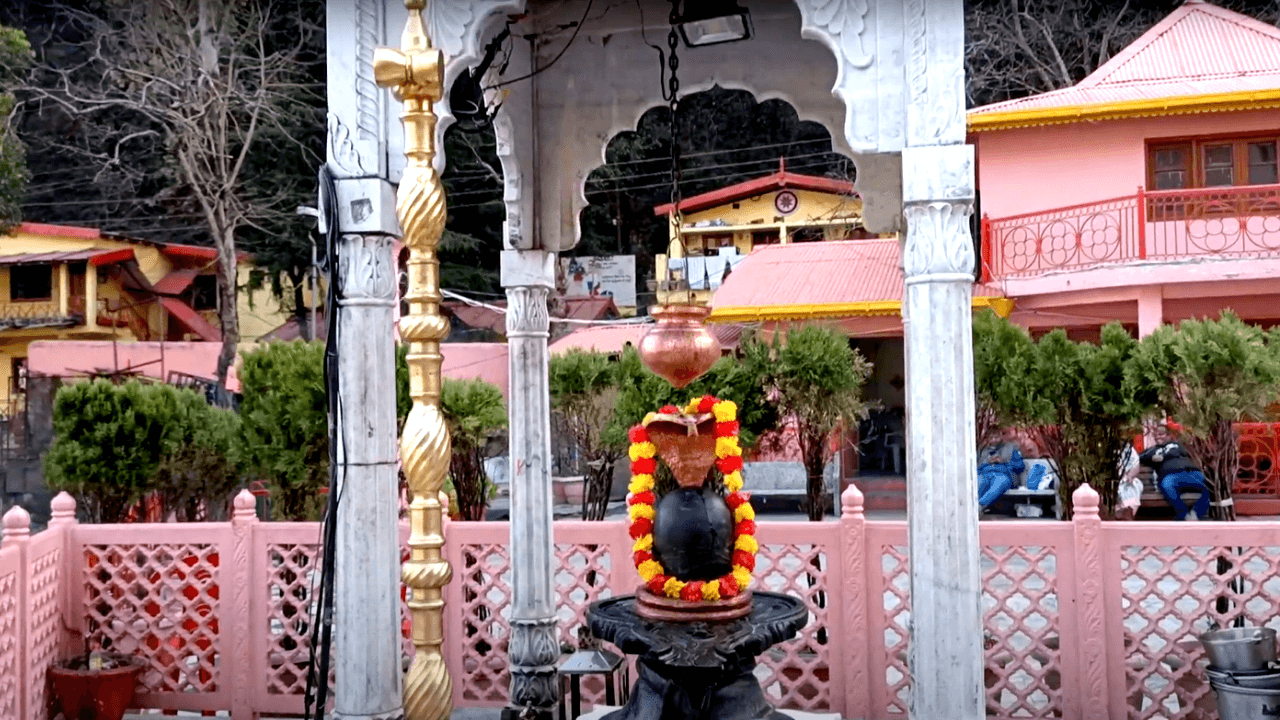 In the meantime, Sati fell in love with Lord Shiva, whom Daksha despised. Sati, however, went ahead and married Lord Shiva. Goddess Sati and Lord Shiva learned about a Yajna ceremony done by her father Daksha while transitioning into a married couple. The Yajna entailed offering something at a sacred place. 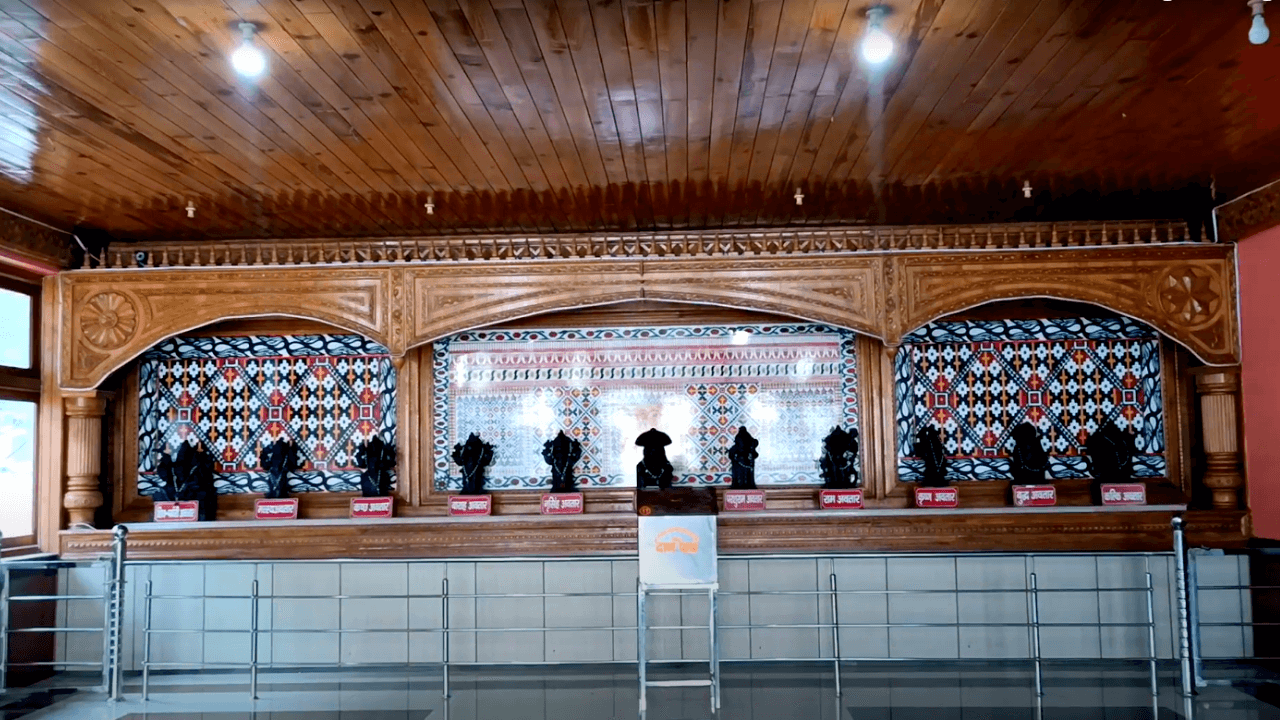 Daksha did not invite Sati and her husband to the ritual, much to Sati’s dismay. Sati attended the Yajna ceremony despite being a daughter, but an enraged Daksha humiliated the pair. Goddess Sati was enraged by the disrespect and sacrificed herself in the Yajna fire. 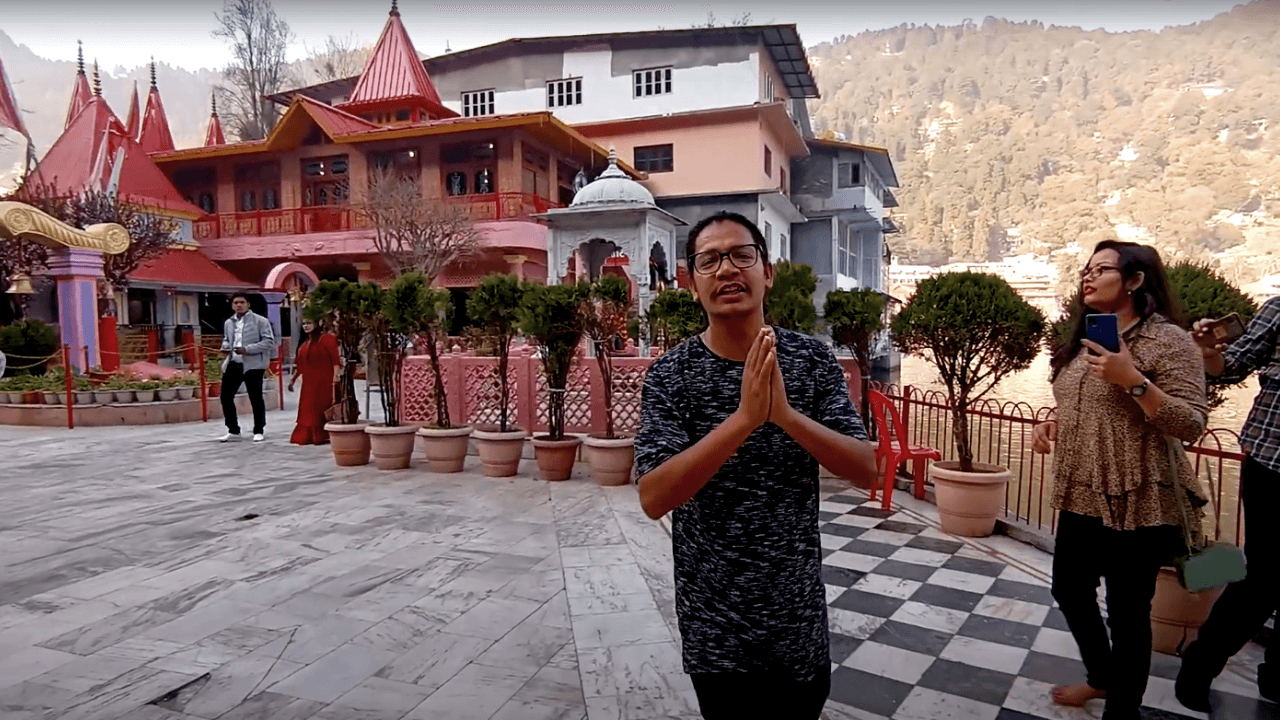 Her 51 body pieces landed in various locations where Shaktipeeths have been constructed. Sati’s eyes are symbolised by the Naina Devi shrine, which is thought to be where her eyes dropped. This is why the goddess is worshipped in the form of eyes in the main shrine.

Things to do nearby Naina Devi Temple 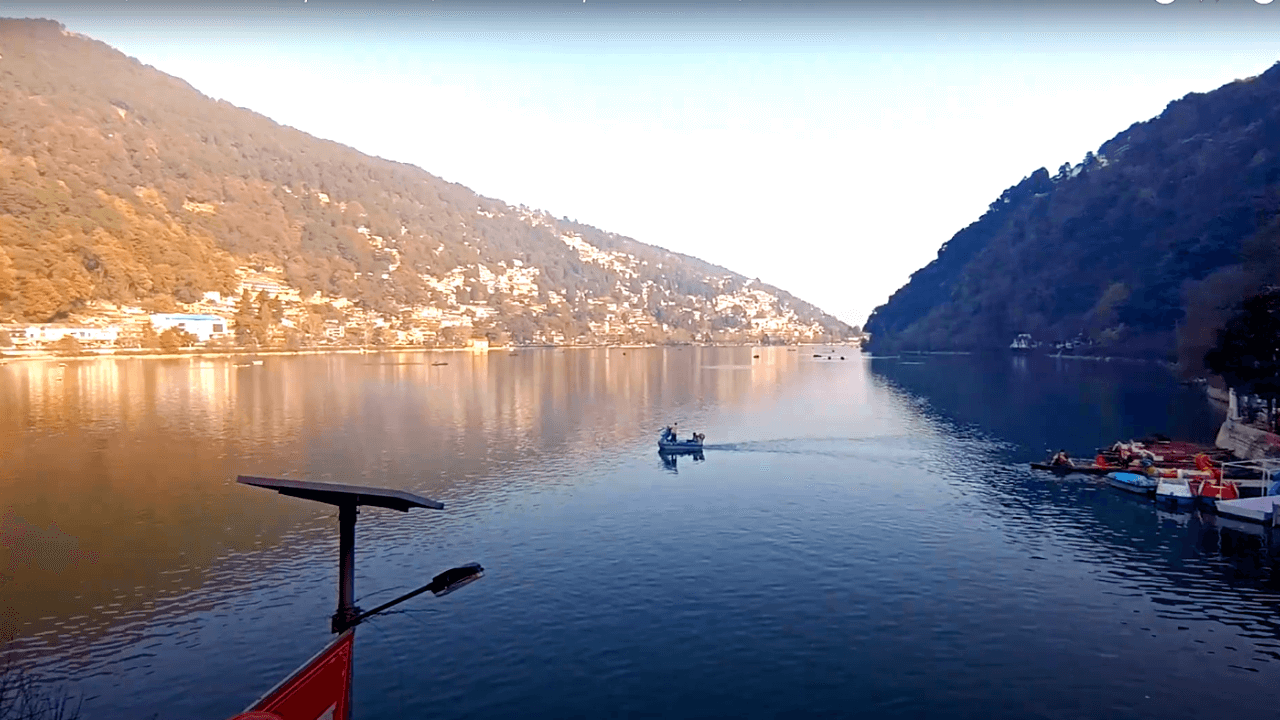 Nanda Ashtami, which is celebrated throughout the Kumaon region, falls throughout the months of August and September. The festival commemorates the adoration and celebration of Nanda Devi, the highest peak in the western Himalayas.

During this season, the sacred flower ‘Brahmakamal’ is worshipped and collected, symbolising the sustainable coexistence of man and environment. The flower has numerous applications as a fuel, medicine, fodder, and food source, as well as being beautiful because to its beauty.

Devotees flock to the goddess during Nanda Ashtami to receive her blessings. On the grounds of the temple, an eight-day celebration is held. On the eighth day, ‘Visarjan,’ or the immersion of Goddess Nanda Devi and Goddess Naina Devi’s idols, is done.

During the months of Navratri and Chaitra, the temple sees a surge in visitors as devotees flock to adore the Goddess and receive blessings.

Naina Devi Temple is situated on the banks of Naini Lake, which contributes to the temple’s attractiveness. It also provides an excellent opportunity for guests to take a boat ride. The lake of Naini offers a variety of boat rides.

The Eco Cave Garden, which is a perfect combination of nature and human efforts, is another well-known tourist attraction in the area. The native Kumaon wildlife environment is shown by caverns shaped like animals.

The Pangot and Kilbury Bird Sanctuary is a bird lover’s dream come true. Take in the breathtaking grandeur of the area as well as the ever-enchanting birds.After leaving the temple, walk down the Nainital mall road to browse the varied collections of local craftspeople. Nainital is known for its candles, which come in a variety of styles and scents.

The historical significance of Naina Devi Temple is documented in Hindu texts. Naina Devi Temple, one of the 51 Shakti Peeths, is where the eyes from Goddess Sati’s charred body fell when her corpse was borne by Lord Shiva. As a result, the Goddess is worshipped in the form of eyes. So if you are religious then there is no reason you should miss this divine place.