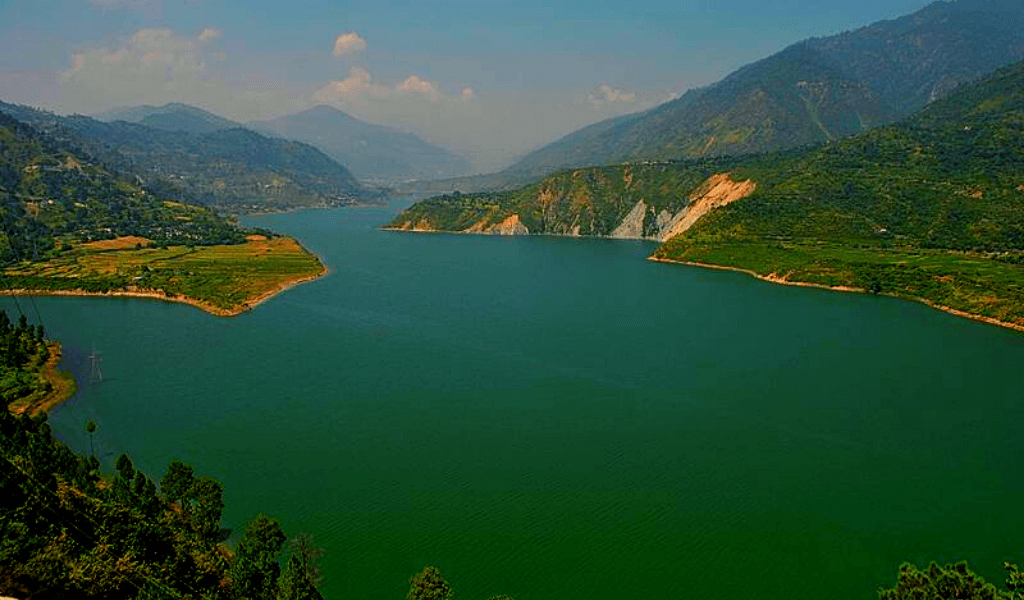 Kanatal is a hill station frequented for its pristine beauty and adventure activities. Kanatal is the place to enjoy mesmerizing starry nights.

Kanatal is an unrivaled haven for camping in Uttarakhand, and it is a must-see for all nature lovers and adventure seekers. This toy town, located in Uttarakhand’s Tehri Garhwal district, is surrounded by lofty Himalayan mountains, which add to the beauty of this already picturesque destination.

The town is mainly chosen by people looking for some peace and quiet in the midst of pristine nature in the camps where the hosts offer a variety of adventure activities such as trekking to the nearby forest. In addition, the allure of spending a night under a star-studded sky grows stronger here in Kanatal.

The location is one of the most peaceful hill stations for tourists in Uttarakhand, and it is also one of the best tourist destinations in the Garhwal region. It is intended for all types of tours, including corporate, family, friend, solo, and student excursions.

Our Kanatal travel guide is jam-packed with information on the best places to visit and amazing things to do, making it an absolute must-have for anyone looking for an unforgettable travel experience.

The weather in Kanatal is pleasant all year; however, when planning your vacation in Kanatal, consider summer and winter as the off-season to visit as the monsoon may cause some inconvenience with incessant rain and occasional roadblocks.

The summer season in Kanatal lasts from April to June. During these months, the temperature ranges from 25°C to 38°C. Because the location is a hill station, you may require some woolen clothing at night to protect yourself from the chilly winds. Furthermore, the weather in the summer remains moderately hot, making it ideal for sightseeing tours and adventure activities.

The monsoon season in Kanatal occurs in July, August, and September. During the season, the temperature ranges from 10°C to 25°C. During these months, the weather may become chilly. Carrying some warm clothing is thus advised.

Kanatal’s winters are bitterly cold. The minimum temperature in Kanatal is 1°C, while the maximum temperature is 15°C. The winter season in Kanatal begins in October and lasts until March. The location also experiences snowfall during the winter, making winter the ideal time to visit.

Places to Visit in Kanatal

Kanatal has a variety of sightseeing options. The village’s heartwarming environment, pleasant weather, and breathtaking natural beauty draw a large number of tourists. Furthermore, the location is popular among adventure seekers.

The newly developed park is a must-see and one of the best places to visit in Kanatal. The park is approximately 15 kilometers from the village. ‘Amber’ and ‘Dhara’ are the names of two Eco Parks. Both parks are located only 200 meters apart.

Kodia Jungle, Kanatal’s well-preserved attraction, is only 1 km away from the village. To explore the forest, one must trek 7-8 kilometers through steep hills and valleys. The area is rich in wildlife and provides opportunities for bird watching.

Chamba, a picturesque hamlet located some distance from the popular tourist destination of Mussoorie, is where you can find the best of nature. This quiet land is located 1600 meters above sea level in Uttarakhand’s Tehri Garhwal District. Surrounded by deodar and pine trees, Chamba as a travel destination succeeds in creating a world of its own, where a visit at any time of year can enchant one. Because it is unexplored, Chamba is an ideal weekend getaway destination, and a visit can be combined with a tour of Mussoorie, New Tehri, and Dhanaulti.

A sightseeing tour here will take you to places like the famous Surkanda Devi Temple, Gabar Singh Memorial, and Bageshwar Mahadev Temple, all of which are must-sees. There are also some less-explored trekking trails up to the high points of Chamba from which the majestic views of Thalay Sagar and Jonli mountain peaks of the Himalayan Range can be seen. Chamba is ideal for those looking for peace and quiets away from the hustle and bustle of popular tourist destinations and city life.

Dhanaulti, a picturesque hill station adorned with tall trees and rich grasslands, is perched at an altitude of 2286 m above sea level, offering spectacular Himalayan vistas and scenic trails. Dhanaulti is located on the outskirts of Tehri Garhwal District and shares a western border with Dehradun. Because of its proximity to Delhi and other popular tourist destinations in Uttarakhand, such as Dehradun, Mussoorie, Tehri, Rishikesh, and Haridwar, this beautiful tourist destination in Uttarakhand makes for an ideal weekend getaway.

Dhanaulti is best visited during the winter, when the area turns into an ice blanket, with flakes of snow depositing on the branches of the trees to match the surrounding hue. Dhanaulti’s summer blooming rhododendrons, lush deodar, and oak trees are surrounded by a tranquilizing charm. Indeed, this picturesque little town is regarded as one of the most spectacular tourist attractions in Uttarakhand. By including some of the best Dehradun tourism spots nearby, the Dhanaulti Travel guide becomes more elaborate and appealing.

New Tehri, Uttarakhand’s only planned city, is home to one of the world’s largest hydroelectricity projects. New Tehri is a beautiful place to visit in Uttarakhand, adorned by an emerald reservoir formed by the cascading of the Bhagirathi and Bhilangana rivers.

As the headquarters of the Tehri Garhwal District, the city appears to be more important to the state. Aside from its imposing dam, the town offers watersports such as jet skiing to tourists. A few Hindu temples dot the city, lending an air of spirituality. The Old Tehri town is also a short distance away from the city, though it is completely submerged in water.

Devoted to Goddess Surkanda, this beautiful Hindu temple will enchant you from where you can admire the cities in the south and the Himalayas in the north. This shrine, located 23 kilometers from Chamba and at an elevation of 2757 meters, is best known for its classic architecture and is one of the 51 Shaktipeeths spread across the Indian subcontinent. If you happen to be in the area during the months of May and June, you can participate in the auspicious festival of Ganga Dussehra, which is celebrated here.

Kanatal is a small hill station with very limited lodging options. The majority of the town’s accommodations are tented, but there are a few resorts that are being built or have recently opened. One can also stay nearby Kanatal at Chamba or Dhanaulti, which are about 15-20 kilometers away. Mussoorie is still the best place to find budget luxury accommodations near Kanatal. Because the area is popular with tourists, there are numerous hotels and resorts to suit every budget.

How to Reach Kanatal

The village of Kanatal is not one of those travel destinations that are easily accessible. The nearest airport is Jolly Grant, and the nearest railway stations are in Rishikesh and Haridwar.

The nearest airport is Jolly Grant Airport in Dehradun, which is about 90 kilometers away. To get to Kanatal by air, take a flight to Dehradun and then take a taxi from there.

Kanatal is not well connected to major cities by motorable roads, but Dhanaulti is. As a result, from major cities, you can take an interstate bus to Dhanaulti and then a local bus to Kanatal.