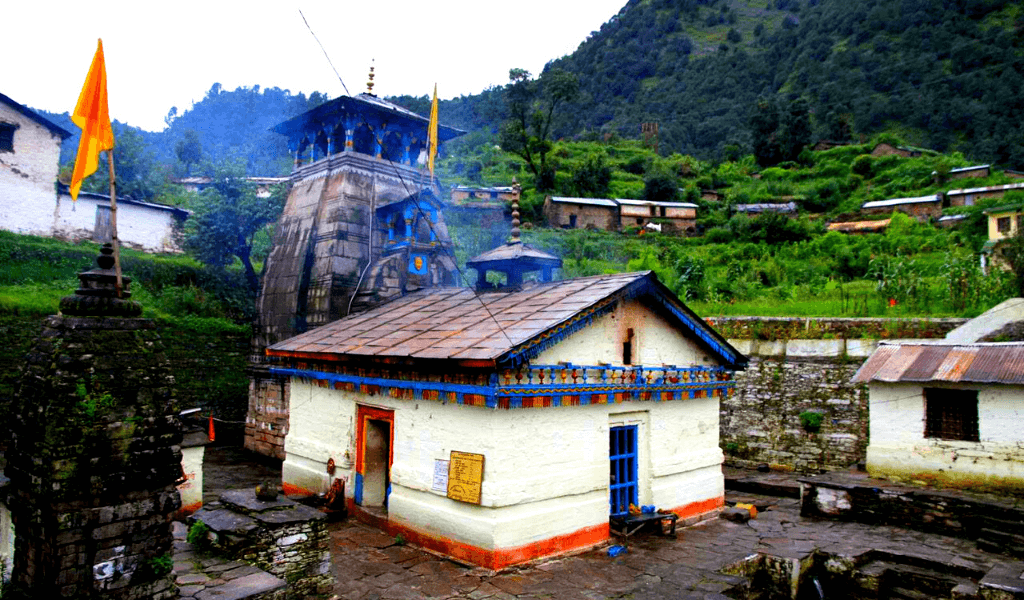 Kalpeshwar Temple is one of the Paanch Kedar circuit temples in Uttarakhand’s Garhwal Himalaya, near Devgram village, at a height of 2200 meters. The Paanch Kedar temples are a group of five temples dedicated solely to Lord Shiva that was built by Pandavas at the end of Dwapar Yuga following the great Mahabharata war between Pandavas and Kauravas at Kurukshetra.

This is the only temple in Panch Kedar that is open all year and is easily accessible by road. Because Jata, or Lord Shiva’s hair, is worshipped here, Lord Shiva is also known as Jatadhar and Jateshwar. Devotees can also visit the Dhyan Badri temple in Urgam Village, which is one of the Sapt Badri temples – Seven Lord Vishnu Temples in Garhwal.

The Panch Kedar temples have a magnificent story to tell. After the Kurukshetra war, the Pandavas sought Lord Shiva to pardon their Brahmahatya, but Lord Shiva avoided them, and Lord Shiva assumed the form of a bull (Nandi) and hid underground in Guptkashi. However, the Pandavas were successful in locating Lord Shiva and apologizing to him for the war.

The PANCH KEDAR was represented by Lord Shiva’s body, the Nandi. The Pandavas built temples to honor Lord Shiva on those sites in order to worship them. Each temple is associated with a different aspect of Nandi. Tungnath is the highest temple among them because it is identified as the location where hands were seen (Bahu). His hump was seen in Kedarnath, his head in Rudranath, his navel and stomach in Madhyamaheshwar, and his jata (hair) in Kalpeshwar.

How to get there – This small stone temple in a cave passage is accessible by road to Devgram Village and then a 300-meter hike. The buses operate until Ukhimath. You can easily hire private or state buses from Delhi, Haridwar, Dehradun, and Rishikesh. You can book a taxi or cab to Devgram Village.

The nearest railway station is Rishikesh Railway Station, which is 250 kilometers away. The Jolly Grant Airport in Dehradun is the closest air connectivity to Kalpeshwar, located 270 kilometers away.