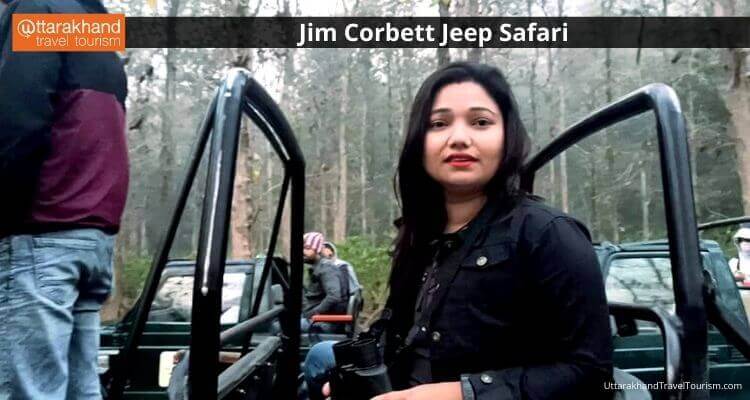 Corbett, one of Asia’s oldest Tiger Reserves, is spread between the Uttarakhand Himalayan districts of Nainital and Pauri, and is undoubtedly a wildlife tourism destination you must have heard of at least once in your life.

It appears to be one of the most famous reserves in the world, as it is known for housing India’s largest population of wild tigers and for being one of the best-kept wildlife vacation destinations.

Corbett National Park is a thrilling wildlife destination. Corbett is an ultimate animal kingdom and a picture perfect ecosystem for wild animals, with lush green hills, reverie belts, waterholes, and grasslands. Nonetheless, you will have the opportunity to see the park’s star attraction, the captivating Royal Bengal Tiger.

The Corbett Tiger Reserve is probably one of the most famous places to visit in order to see the endangered Bengal Tiger.

On your jungle safari, you may see beautiful mammals such as the Rhesus Macaque, Langur, Sambar, Barking Deer, Nilgai, Wild Boar, Asian Elephants, Jackal, and Leopard as you travel deeper into the forest.

If you manage to take your gaze away from the rich flora and fauna of Corbett Wildlife Sanctuary, there is plenty to discover in and around this captivating wildlife destination.

The Kosi River, the magnificent and holy temple of Garjia, the insightful Corbett Museum, the spectacular Corbett Falls, and the breathtaking Sunset Point are just a few of the attractions in Corbett’s immediate vicinity.

It’s easy to get to Corbett Tiger Reserve,  which is well-connected by road to major cities in the state as well as Delhi and a few other neighbouring states. The information on how to get to Corbett National Park is listed below –
By Bus

You can Travel To Ramnagar bus station which is the nearest bus station to Jim Corbett National Park having distance of only 9 km from this bus station. Road connections are excellent, especially to Delhi, Nainital, Lucknow, Moradabad, and Bareilly. Between Delhi and Corbett, there are direct buses from Anand Vihar ISBT. The Agra-Lucknow Expressway is the fastest way to get to the wildlife destination from Lucknow, while NH530 is the fastest way to get there from or through Bareilly. To reach Corbett National Park from the Moradabad district, take NH309 and the Moradabad-Kashipur Road. State-run buses may be directly linked to Ramnagar from Nainital, Almora, Haldwani, Ranikhet, and Kausani. Any three-wheeler vehicle will take you to Corbett National Park from the bus stop.
By Train

Ramnagar, which is just 10-12 kilometres from Corbett National Park, is the closest railway station. The Ranikhet Express and the Uttar Sampark Kranti Express are the two trains that run from Delhi to Ramnagar. Kathgodam, a railway station about 3 hours away from Ramnagar, is another choice. This railway station has better connections to many major Indian cities than the Ramnagar station.
By Air

Corbett National Park offers three types of wildlife safaris: Jeep, Canter, and Elephant. Here Uttarakhand Travel Tourism does not support animal abuse, so prefer doing Jeep and Canter Safari.
In Corbett National Park, there are Seven major safari zones and one beyond the reserve’s boundaries. Dhikala and Bijrani are the best places to see tigers in the jungle among these areas. Dhikala, on the other hand, continues to be a popular tourist destination.

Sitabani Zone is a separate sanctuary, but it is so close to Corbett National Park that it is an important part of Uttarakhand tourism. Sitabani is best known for its stunning scenery, which might appeal to nature lovers. The best time to visit Corbett is from October to June.
It’s worth noting that Jhirna is the only zone open all year, with the others closing between mid-June and September’s end for the monsoon season.
Jeep safaris are available in all of Corbett’s zones, but canter safaris are only available in the park’s Dhikala District. Only two canters are permitted within the Dhikala Zone at a time, with a maximum of 16 tourists per car.

The popularity of Corbett National Park in India is determined by the abundance of hotels in the region. Yes, nothing in Corbett can prevent you from staying in the hotel of your choosing. Corbett’s lodging options vary from budget hotels to mid-range to luxury resorts, so whatever your budget, you’ll find a hotel or resort that will welcome you warmly.

There are jungle camps in Corbett as well, which come in a variety of categories. You can live in the Forest Rest Houses of various zones on the grounds of Corbett National Park.  However, keep in mind that these accommodations must be reserved in advance mostly 45 days prior, and their availability is entirely at the Forest Service’s discretion.