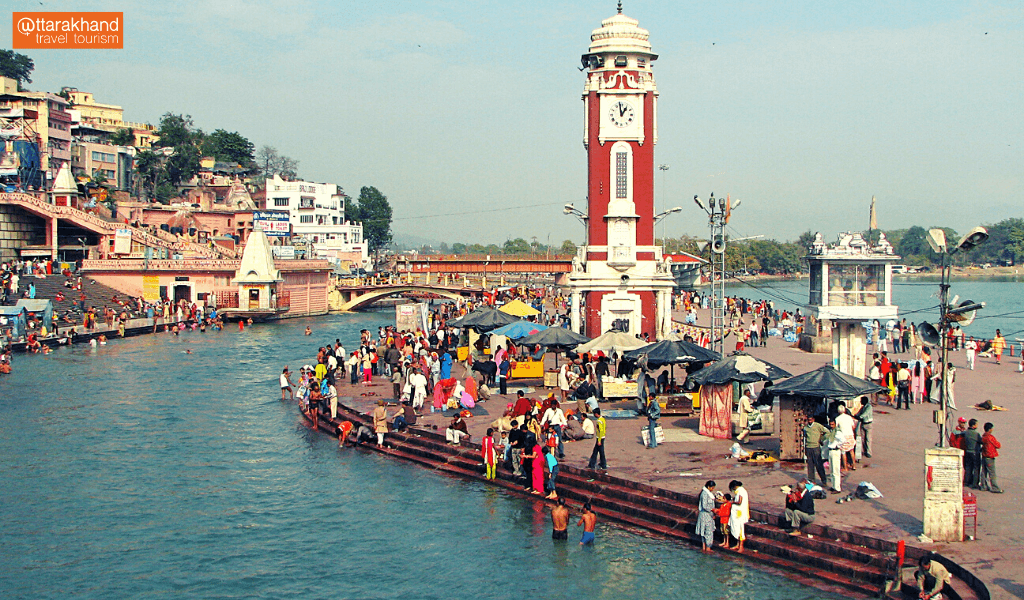 Har Ki Pauri is one of Haridwar’s most sacred Ghats and the only location where all spiritual activities take place. In the first century BC, King Vikramaditya is said to have built the ghat in memory of his brother Brithari.

The term ‘Har Ki Pauri’ has three literal meanings: “Har” means “Lord Shiva,” “Ki” means “of,” and “Pauri” means “steps.” According to the priests of the nearby temples, Lord Shiva and Lord Vishnu are said to have visited Brahmakund in Har Ki Pauri during the Vedic period.

The Ghat received its name from Lord Vishnu’s foot imprints, which can be found on one of Ghat’s stones. Haridwar is the location where the Ganges River flows from the Gangotri glacier to the Indo-Gangetic plains of North India.

During the Ardh Kumbh Mela, Vaisakhi festival, Kanwar Yatra, and Magh Mela, Har Ki Pauri is extremely busy. It is also one of four incredible Indian sites that host the Kumbh Mela, during which millions of people bathe in the Ganga River.

According to the incredible legends, there was a terrible battle between Devas (Gods) and Asuras (Devils) for the nectar (Amrit) urn, which was extracted from Sheer Sagar’s Manthan. When Lord Vishnu saw this terrifying battle, he disguised himself as a beautiful woman and charmed the Asurs in order to obtain the urn containing the nectar for the Devas.

When the Asurs discovered the truth about the beautiful women, they chased Lord Vishnu down to get the Urn. While chasing the Urn from Vishnu, a few drops of nectar fell out at Har-ki-Pauri, which is now known as Brahma Kund.

Knowing the cultural significance of this location, King Vikramaditya built it in the first century in memory of his brother, Bharthari, who used to meditate on the banks of the Ganges here. Har ki Pauri, the everlasting landmark of Haridwar, is one of the main attractions for people on a spiritual tour to Uttrakhand.

Har ki Pauri is now a cement platform on the Ganges bank that is frequently flooded with sadhus, sanyasis, beggars, priests, and devotees waiting for the religious bath. The nectar-filled Ganges that flows through Har ki Pauri is said to have powers that can cleanse the body and soul of sinners.’

People also come to Har ki Pauri to perform rites and rituals associated with the death of a loved one. Some even come to offer the first hair of their newborns to the Ganges. The evening Ganga Aarti is the most beautiful part of Har ki Pauri.

The sight of the priest with large bowls of fire, devotees on the other side, and the sound of gongs is one to remember for the rest of one’s life. During the evening Aarti, devotees float earthen lamps in the Ganges, creating an unforgettable spectacle.

There are restaurants in the nearby Hark Pauri area that serve delicious vegetarian food that is free of garlic and onion. Tourists looking for a place to stay in Haridwar can book a room at one of the hotels near Harki Pauri.