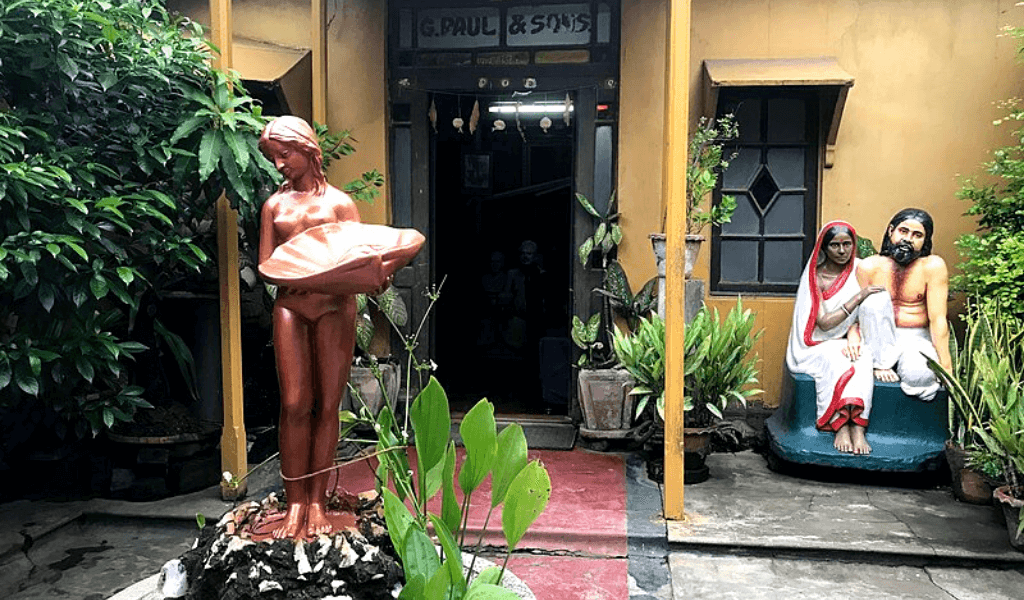 Gopeshwar, which is home to an ancient Lord Shiva temple, has established itself as an important seat in the state of Uttarakhand. Not only that, but the town is the proud headquarters of the lovely district of Chamoli, implying that Gopeshwar is a tourist destination not to be missed at any cost when visiting the Garhwal Himalayas for peace of mind or seeking the Almighty’s blessings.

The town also has an infringement of dense oak forest and lofty Himalayan Peaks, which add to its charm and allure for nature lovers. The main attraction in Gopeshwar is the Lord Shiva Temple of Gopinath, which is said to have been built between the 9th and 11th centuries by the Katyuri Kings.

This temple is revered by Hindu pilgrims in the same way that Panch Kedars is, and it is said that light touch from an ardent devotee can move the trident, which is otherwise immovable. Aside from that, Gopeshwar is close to popular Hindu pilgrimage sites such as Tungnath, Anusuya Devi, Rudranath, and Badrinath, and it is home to two more sacred temples, Chamolanath and Chandika Devi.

As a result, one can easily imagine the aura of this top destination in Uttarakhand and how missing out on it would be a major loss. This headquarters of Uttarakhand’s beautiful and diverse Chamoli district also houses various Government offices, keeping the place busy all year.

Gopeshwar, on the other hand, is home to the University of Garhwal and thus serves as an important educational hub in the state. So, in addition to being an important pilgrimage site, this tourism destination in Uttarakhand is ideal for education and serves as a significant base for visiting.

Gopeshwar is well-known for its pleasant climate. Summer and winter are considered the best times to visit the site, with pilgrims flocking in the summer and monsoon months.

The weather remains pleasant during the summer season. Summer in Gopeshwar lasts from April to June, with temperatures ranging from 15°C to 30°C. This is the busiest time of year for tourists and pilgrims to visit the site.

Monsoon season in Gopeshwar begins in July and lasts until September. During these months, the temperature ranges between 15°C and 25°C, and the area receives a lot of rain. This is why it is recommended to check the weather forecast before planning a trip here during the monsoon season.

During the winter season, the temperature in Gopeshwar can drop to 2°C, while the maximum temperature is 13°C. Furthermore, winter in Gopeshwar begins in October and lasts until March. This is another season that is popular with tourists.

Places to Visit in Gopeshwar

The location is well-known for its Shiva temple. Thousands of devotees visit here throughout the year to seek Lord Shiva’s blessings. Furthermore, the town provides some captivating nature sightseeing tours.

The temple is said to be Rudranath’s or Lord Shiva’s abode and is an ancient Hindu shrine. This is Lord Shiva’s only temple where water and milk are not offered to the Shivling.

The temple, one of the most important places to visit, is 14 kilometers.  from town. Furthermore, the temple is dedicated to Goddess Sati and is one of the most popular pilgrim destinations in Chamoli.

Another pilgrim attraction, the Chamola Nath Temple, is located near the Chamoli district’s Block Development. According to legend, the district was named after Devta Chamolanath.

The village is about 5 kilometers from Gopeshwar and is a popular tourist destination because it is the starting point for the Rudranath Trek. This is the most difficult of the Panch Kedar treks.

Gopeshwar has a few semi-deluxe hotels as well as budget accommodations. The location also has a GMVN Guesthouse, which provides all basic amenities to guests. Apart from that, decent lodging options can be found in Karnaprayag and Nandprayag, both of which are close to Gopeshwar.

How to Reach Gopeshwar

The journey to Gopeshwar is complicated but not difficult. There are no direct routes to the town. The nearest airport is Jolly Grant, and the nearest railway stations are Rishikesh and Haridwar. Although the town is connected by road to destinations such as Rudraprayag, which has better connectivity to other major towns and cities in Uttarakhand.

For those who wish to travel by air, the nearest airport is Jolly Grant Airport in Dehradun. The airport is approximately 227 kilometers from town. To get to Gopeshwar, take a taxi or bus from Dehradun. However, the air route is inconvenient for reaching the destination.

The nearest railway stations to the town are in Haridwar and Rishikesh. After arriving at the station, taxis and buses are available to take you to Gopeshwar.

Motorable roads connect Gopeshwar as well. Joshimath is the town’s nearest bus stop. Ukhimath, Srinagar, Rudraprayag, Rishikesh, Uttarkashi, and Pauri are also nearby bus stops. State-run buses serve the aforementioned locations. After arriving, a number of local buses/cabs are available to take you to Gopeshwar.