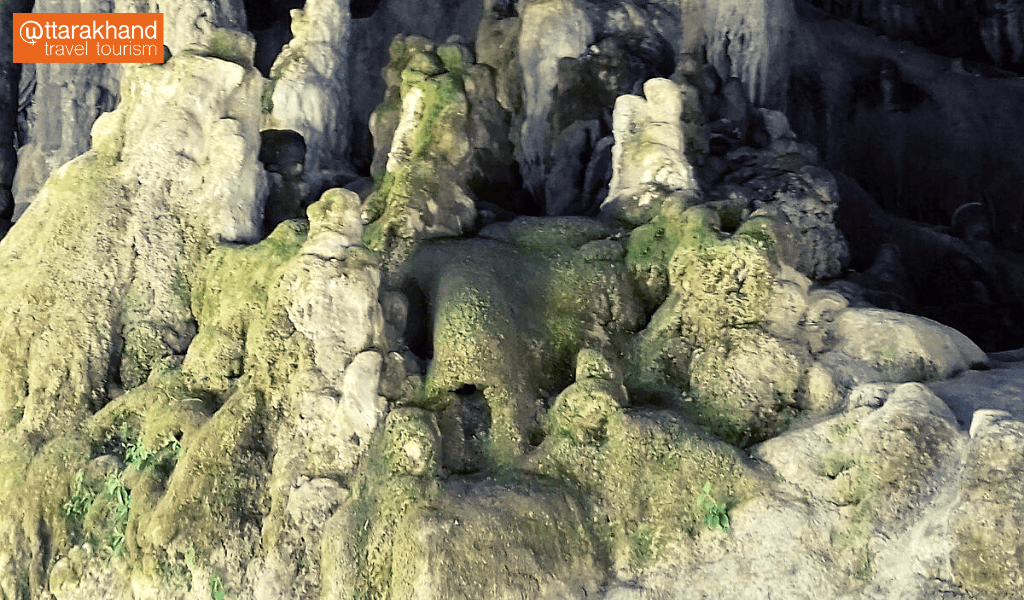 Bageshwar, located at the confluence of the Sarayu, Gomti, and Bhagirathi rivers, is regarded by all as the land of Lord Sadashiva. This sacred site is revered in the Puranas and is thought to free one from the bonds of birth and death. Bageshwar is surrounded by the Bhileshwar and Nileshwar mountains to the east and west, Suraj Kund to the north, and Agni Kund to the south. This magnificent region was crossed by Jagadguru Adi Shankaracharya, who spent a significant amount of time in meditation at several locales on His journey to the Himalayas.

Dev Bhoomi’s Uttarakhand is a mystical land full of secrets and undiscovered entrances to the Himalayas and Kailash Mansarovar. This location fascinates archaeologists, naturalists, historians, paleontologists, geologists, architects, and theologians who are perplexed by the abundance of natural riches.

The relatively unknown Gauri Udiyar is located around 8 kilometers from Bageshwar. In Kumaoni, Udiyar denotes a small cave where tigers and other wild creatures live. This cave contains a shrine dedicated to Gauri Mata and Lord Shiva, as the name suggests.

This temple, located in the beautiful Kumaon region, contains several ancient Lord Shiva formations. There is no information regarding its origin, when it was discovered, or how old it is, although locals believe it dates back to prehistoric times.

This is a massive natural cave that is approximately 20 x 95 square meters and is nestled in the middle of breathtaking natural splendor. This masterwork is thought to have been made by Dev Shilpi Vishwakarma (Divine architect, sculptor, and master of arts). Another legend has it that all the gods and goddesses slept (stayed) here during Lord Shiva and Parvati Devi’s marriage.

An image of the divine marriage is displayed, together with doli, wedding gifts, and other well-produced creative items. There is a tiny cave that is said to lead to Kailash Parvat.

This sacred site contains a natural kund with hot water in the winter and chilly water in the summer! Locals claim that saints and yogis from all over the country spend years in this wonderful location, enveloped in the glory of Lord Shiva and Parvati Devi.