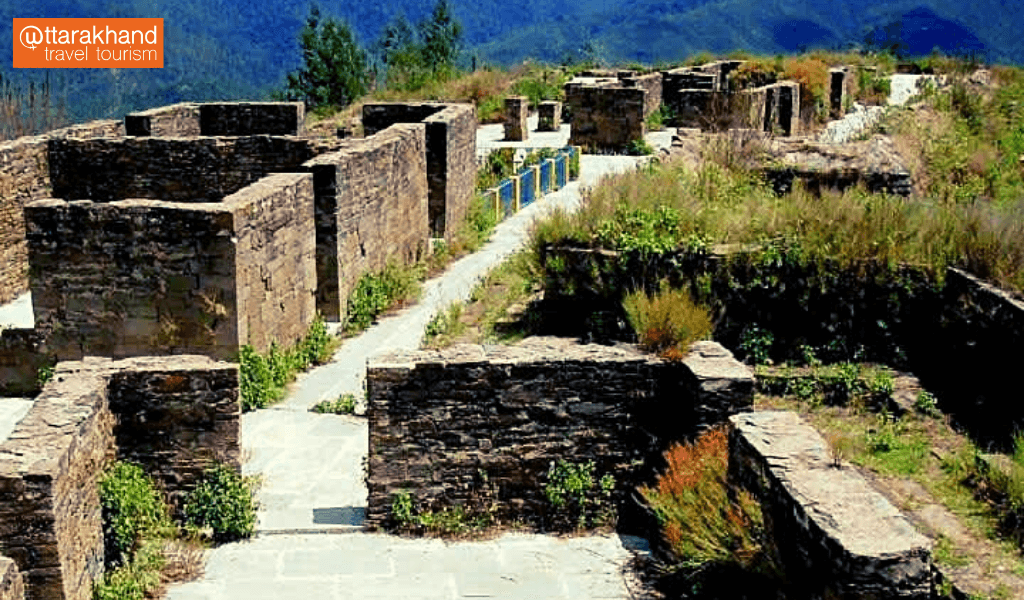 Banasur ka Kila, the only structure in the area said to have been built during the mediaeval period, is about 20 kilometres from Champawat and 7 kilometres from Lohaghat. What’s interesting about this place, and similar to the Gwal Devta Temple, is that it’s more about its legacy than its physical presence. Vanasur ka Kila is a must-see for mythology buffs. It is thought to be the capital of the demon Vanasur, who was defeated by Lord Krishna.

Banasur ka Kila was built in memory of Banasur, the eldest son of the mythologically famous King Bali, who was assassinated here by Lord Krishna after attempting to murder Krishna’s grandson Aniruddha. To get to the fort, you must first travel to Lohaghat, which is about 5 kilometres from Champawat and then to Karnakarayat, which is about 6 kilometres from Lohaghat. From there, it’s a kilometre walk to Banasur ka Kila, which is best enjoyed with a generous dose of tales from the locals.

The kila or fort is an ironically constructed relic based on the name of a boon-bestowed Banasur, the man with a thousand arms; however, the fort exudes disintegration and dilapidation. The Lohawati River, which runs alongside the Bhowali Road, also originates here. In fact, this fort is an excellent location for viewing the Lohaghati River’s origins and marvelling at the beauty of both nature and man’s creations.