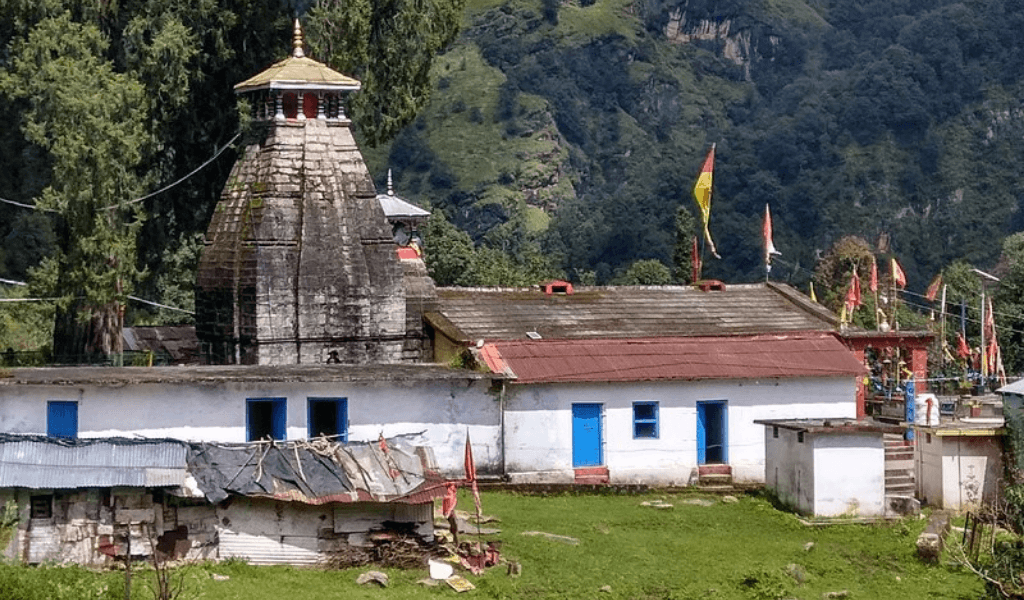 The magnificent temple of Anusuya Mata is located in Uttarakhand’s Chamoli district, about 30 kilometres from Alpine camp chopta. The temple Anusuya Mata, which depicts India’s religious nature, is located in the beautiful litigant of nature. This temple honours the goddess Sati. This location’s environment is very religious and visually appealing, attracting pilgrims and travellers.

The plot revolves around Devi Anusuya and her husband Atri Muni. Since Atri Muni chose this location for his salvation. Devi Anusuya constructed a hut and began living there. Devi Anusuya’s devotion to her husband is said to have been spread across three lok. Devi Parvati, Devi Lakshmi, and Devi Saraswati’s awakened jealousy drive them to force their husbands to go and test Devi Anusuya.

The gods of the ladies attempted to explain them, but after much insistence, the gods went to the Muni Atri Ashram. The gods approached Devi Anusuya and requested food; however, when Devi Anusuya offered food to the sages, they placed an unacceptable condition in front of Devi Anusuya.

The sages demanded that DeviAnusuya serve food while naked. DeviAnusuya closed her eyes and remembered her husband, and she had a feeling that these people were gods in disguise. She agreed to their demands but stipulated that she would only do so if these sages became her sons. DeviAnusuya served food to all three gods who accepted it.

The three gods moved in together. When Shivji, Vishnuji, and Bhramaji did not arrive at their respective locations after a long time, their wives became concerned and came to DeviAnusuya to apologise for the test and request that their husband is released from her sons. And since that time, this location has become synonymous with Mata Sati.

Dattatreya Jayanti, which occurs every year in December, is celebrated with a large fair that draws both pilgrims and tourists. People travel long distances to see the Atrimuni Ashram and the 70-meter-high waterfall.