Uttarakhand Assembly Elections 2022 : Elections on Feb 14 and Results on Mar 10 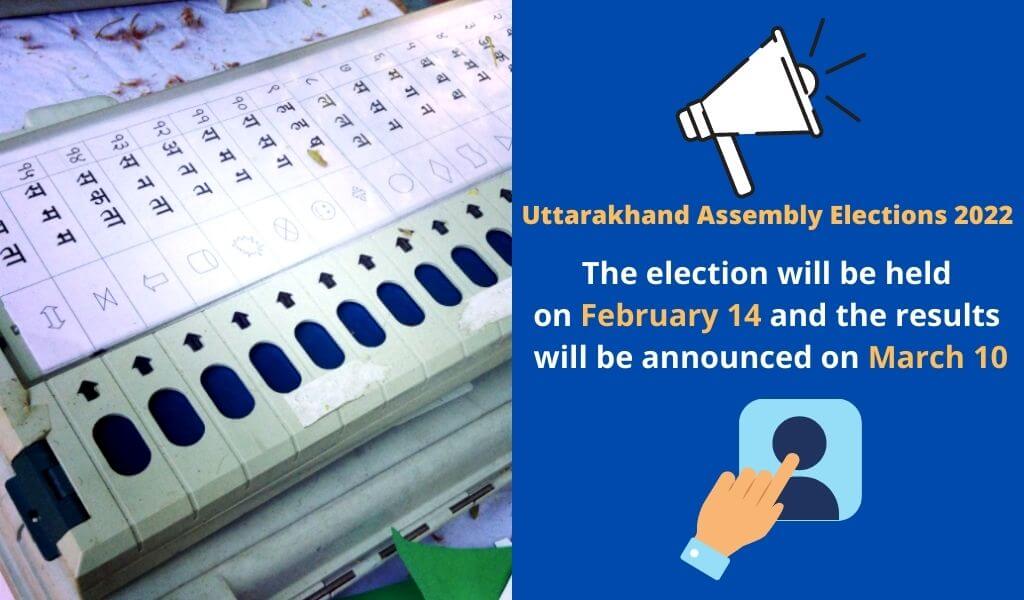 The schedule for the 2022 Uttarakhand Assembly Election, as announced by the ECI, is listed below.

The Bharatiya Janata Party won 57 out of 70 assembly seats in the 2017 state elections. Harish Rawat, the former Chief Minister and a top Congress politician, had lost one of the two seats he ran for.

This mountainous state has had three different chief ministers since 2017. On March 18, 2017, the BJP named Trivendra Singh Rawat as the state’s Chief Minister following the party’s victory in 2017. He resigned from the position three years later, on March 9, 2021.

On March 10, 2021, Garhwal MP Tirath Singh Rawat was sworn in as Chief Minister. Tirath was a member of the Lok Sabha at the time, and he needed to be elected to the state legislature within six months.

He had to resign from the cabinet on July 2, 2021, after failing to get elected in the time allotted. Pushkar Singh Dhami, a Khatima MLA, took over as his successor.

Only 11 seats in Congress were saved. This time lets know what is the conclusion that people decide and hope for the best for Uttarakhand.