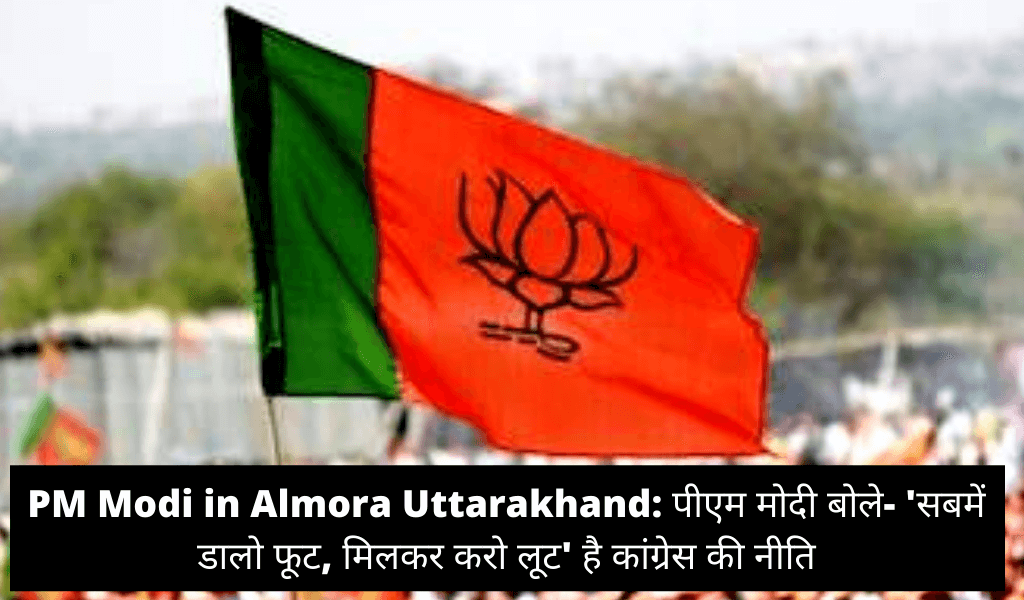 At the last eight years, Modi has held two public meetings in Almora.PM Modi stated, “From what I’ve witnessed, it appears that voters never forget good deeds.” And never abandon those who have noble intentions. The results of the election in Uttar Pradesh on Thursday indicate that the BJP will once again win a landslide victory. He stated that based on the size of the gathering in Almora, it appears that the BJP would win this election as well. Those interested in learning about Uttarakhand’s decision might do so by looking at the massive influx. The people of Uttarakhand want a BJP-led government to be constituted.

The people of Uttarakhand understand that only the BJP has the ability to make this decade Uttarakhand’s decade. As a result, a dual-engine government is required this time as well. We must propel Uttarakhand’s growth to new heights. The government of Double Engine has been dedicated to your service for the past five years.

He claims that development can only occur when work is done without prejudice. That is why our administration is committed to the growth of all peoples. You, on the other hand, are continually recalling our opponents’ language. Their custom is to split everyone and rob them all at the same time.

PM Modi stated that those people who never believed in Uttarakhand’s power are coming to solicit for votes from you. We initiated the world’s largest vaccination programme in India, and the entire country watched. Uttarakhand was the first state to achieve 100% first-dose coverage.

He claimed that the opponents tried to plan the Kumaon-Garhwal fight so that both sides could loot the area. The administration of Double Indane, on the other hand, has attempted to do double duty for both towns. The people of Uttarakhand understand that only the BJP government has the ability to make this decade the best decade in the state’s history.

The Prime Minister stated that the BJP’s manifesto is also full of new vigour for growth. The border villages, tehsils, and districts of Uttarakhand were disregarded by previous governments. The BJP government has devised a strategy for border development.