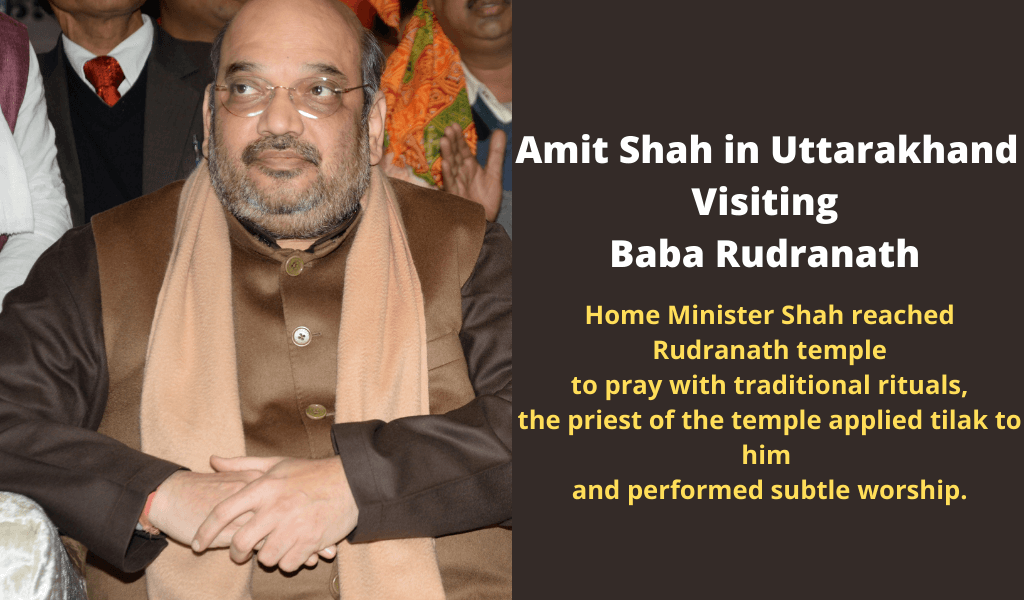 Home Minister Amit Shah went door-to-door in Rudraprayag’s major market, urging people to vote for the Bharatiya Janata Party in the upcoming elections. During this time, he met with ex-servicemen, women’s groups, and individuals from the scheduled castes to address their problems, development, and welfare schemes. He also urged people to vote for the BJP to return to power in Uttarakhand for the state’s overall development.

According to Shah, the country and Uttarakhand would reach new heights of prosperity under the leadership of Prime Minister Narendra Modi and young Chief Minister Pushkar Singh Dhami. While criticising former Chief Minister Harish Rawat and the Congress party, the Home Minister claimed that the BJP government had accomplished in seven years what he and his party had failed to accomplish in 70 years. Congress, he said, is a party of corruption, casteism, and regionalism.

On Friday about 12.30 pm, Home Minister Amit Shah arrived by helicopter at Gulabrai Maidan in Rudraprayag. Following his visit to the beautiful Rudranath, he travelled by road to the old Rudranath temple at Alaknanda-Mandakini Sangam and offered prayers. The Home Minister arrived in Rudraprayag’s main market after around ten minutes of worship. He worked on both sides of the roadway doing door-to-door public relations.

Said that it is the result of the sanskar and positive thinking of mother power, that youths from every household here join the army by taking a pledge to protect the country. Referring to several schemes related to women including Beti Bachao, Beti Padhao, Ujjwala, he said that the Government of India is making continuous efforts for the development of Scheduled Caste and Dalit society.