Top 10 Places to Visit Near Bhimtal 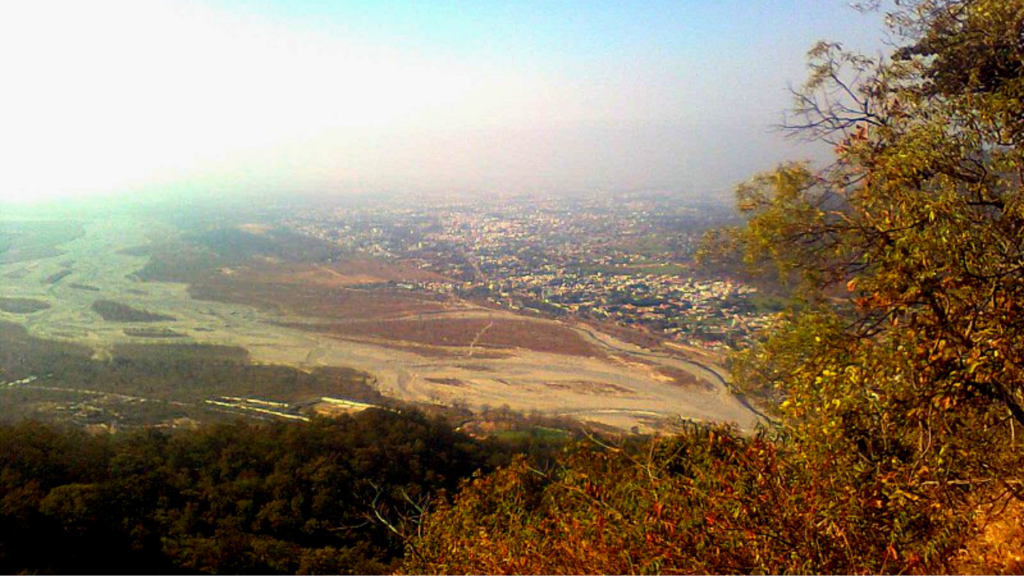 Places to Visit Nearby Bhimtal

In Bhimtal, there are numerous spots to explore for a dreamlike experience. With lush hills, green valleys, and rivers, you’ll feel like you’re in a true Himalayan village. Bhimtal is one of India’s most relaxing and rejuvenating locations. So, to keep you informed about the area, here’s a list of Top 10 Best Places to Visit near Bhimtal. 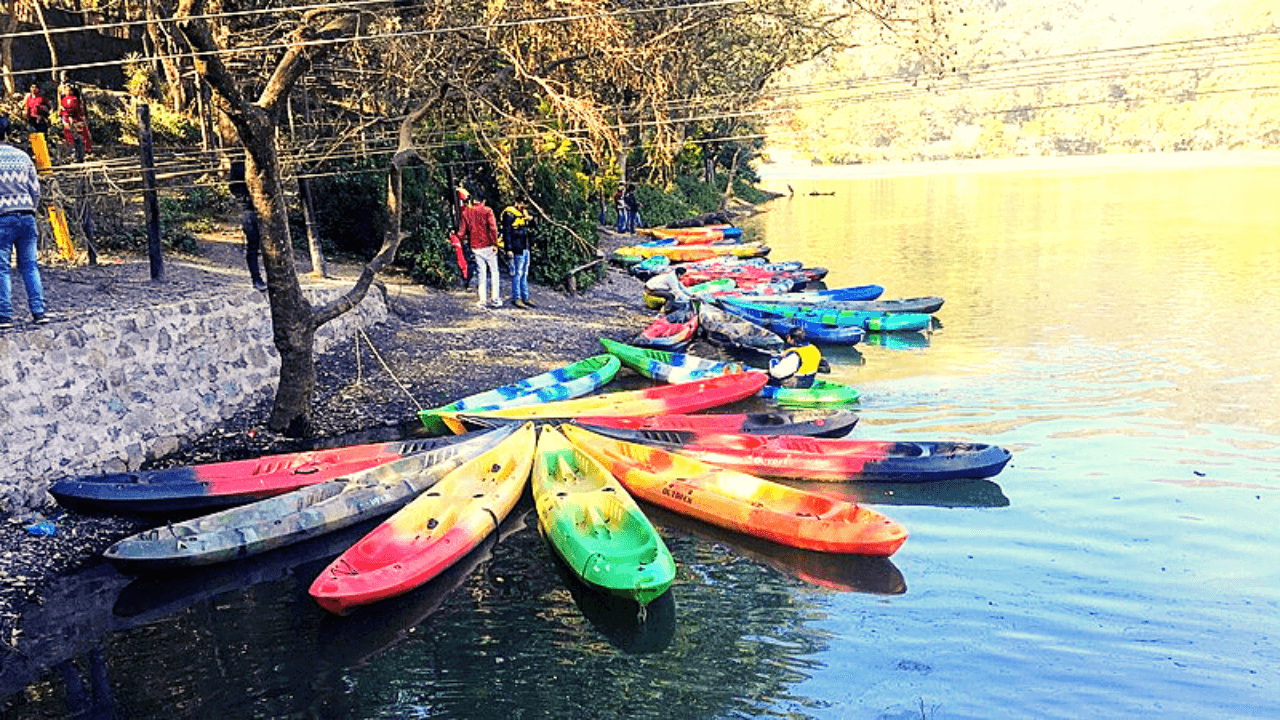 Sattal, located at an elevation of 1370 meters above sea level, is a popular tourist resort in the lower Himalayas. This site allows visitors to view seven gorgeous lakes that are connected to one another. Garud Tal, Purna Tal, Sita Tal, Ram Tal, Laxman Tal, Nal Damyanti Tal, and Sukha Tal are the names of the seven lakes. Sattal is surrounded by oak woodlands and is located in the Mehragaon Valley. During British occupation, it was well known for its tea plantations.

A mesotrophic set of lakes with a suitable amount of nutrients dissolved in the water is the destination. It is a natural environment for a variety of flora and wildlife species. Tourists will be able to see 500 resident and migratory birds, 525 butterfly species, 20 animal species, and 1100 insect species at this location. 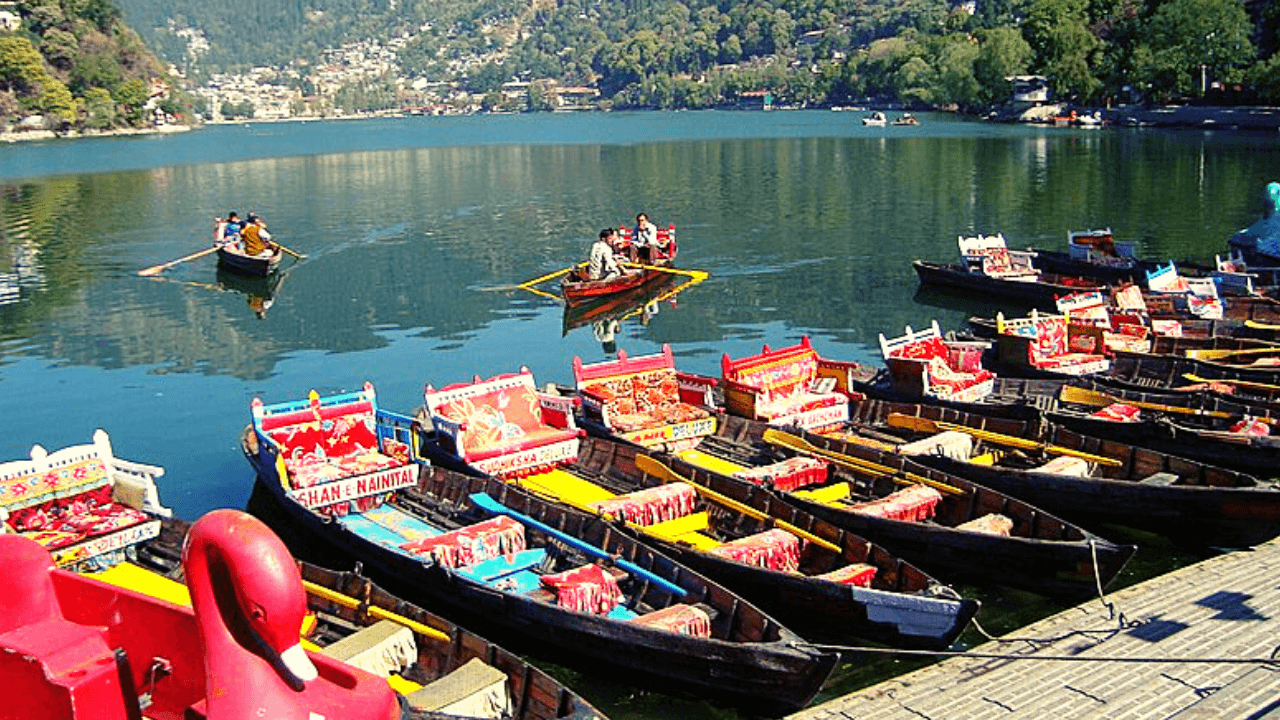 The Himalayan Belt includes Nainital, often known as the ‘Lake District of India.‘ It is nestled in the Kumaon Hills and is surrounded by gorgeous lakes. In the Manas Khand, Nainital is known as ‘The Lake of Three Sages’ or ‘Tri-Rishi-Sarovar’ (in the Skanda Purana).

Atri, Pulastya, and Pulaha, the three sages, halted in Nainital to quench their thirst. They dug a hole and filled it with water taken from Lake Mansarovar because they couldn’t find any. As a result, the famed Nainital Lake was born. Another mythology claims that the Hindu Goddess Sati’s (Lord Shiva’s wife) left eye dropped here, forming the eye-shaped Naini Lake. 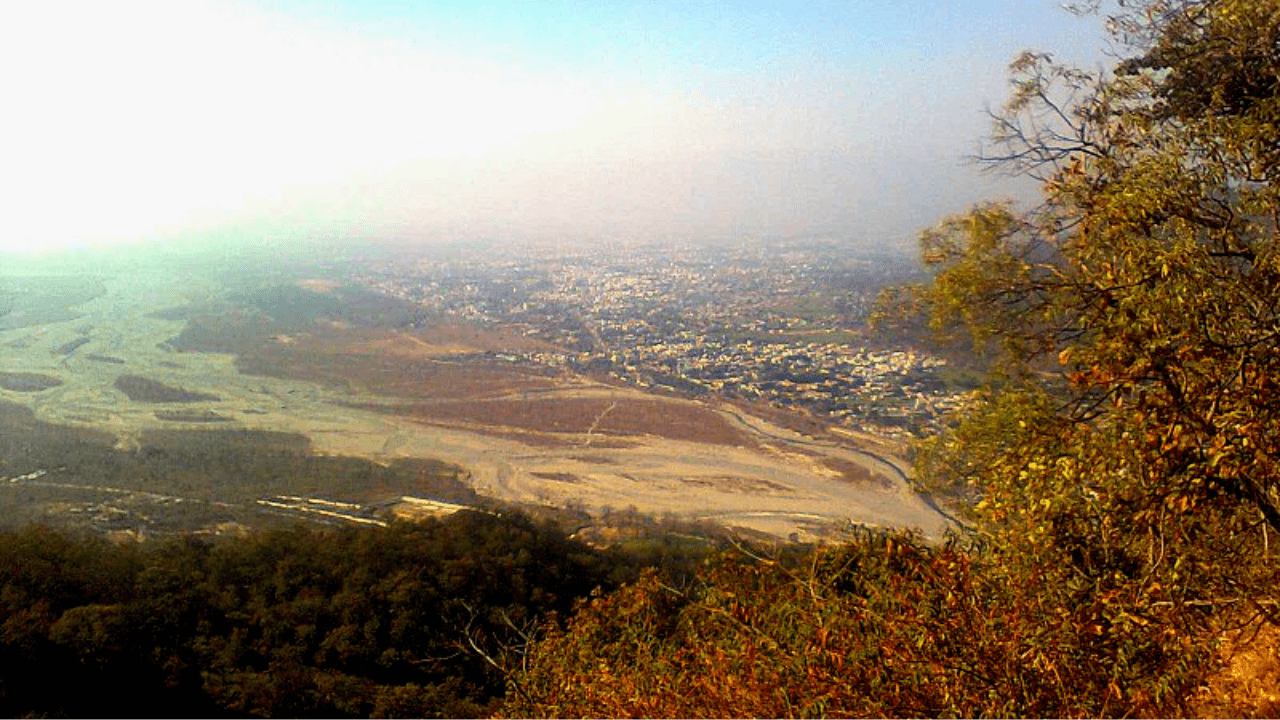 Kathgodam, often known as the ‘Gateway to the Kumaon Hills,’ is situated on the banks of the Gaula River in Uttarakhand’s Nainital District. The location is located on the foothills of the Kumaon Himalayas, at a height of 554 meters above sea level. The Haldwani-Kathgodam Municipal Council was founded in 1942 and is Uttarakhand’s second largest municipal council.

The name ‘Kathgodam,’ which literally means ‘timber depot,’ is a good fit for the town, given that it is the district’s trade and commercial hub. Kumaoni, Hindi, and Garhwali are among the regional languages spoken. The temples dedicated to the Hindu goddesses ‘Sheetla Devi’ and ‘Kalichaud’ are two of the region’s most popular attractions. During festivals, a great number of worshippers flock to these temples. 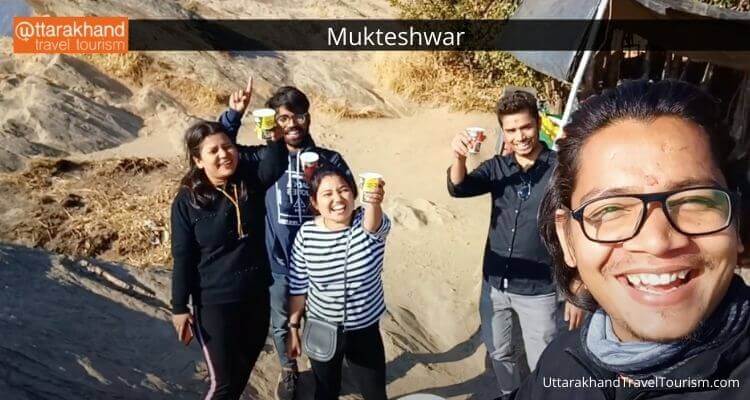 Mukteshwar is a scenic hill station in Uttarakhand’s Kumaon Division, located in the Nainital District. It is situated at a height of 2286 meters above sea level. The Mukteshwar Dham, a 350-year-old Hindu temple dedicated to Lord Shiva, is the source of the place’s name. Devotees are said to receive ‘Moksha’ (salvation) from Lord Shiva.

In the year 1893, the British converted this hill station into a research and education facility. Tourists may see the stunning vistas of Nanda Devi, India’s second tallest mountain, from this location. 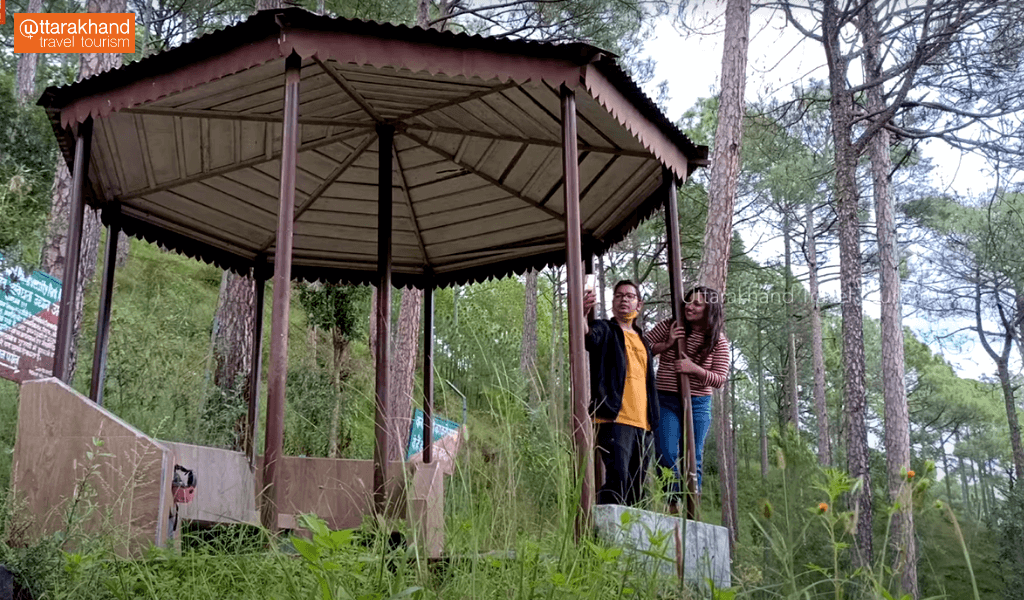 Almora is a popular hill station in the Kumaon region, sitting on a horse saddle-shaped peak. Between the Suyal and the Kosi rivers is a 5-kilometer-long ridge. The hill town is surrounded by magnificent green trees and is located at an elevation of 1651 meters above sea level. During the 15th and 16th centuries, the Chand and Katyur Dynasties governed this region.

From the highlands of Almora, visitors can take in a panoramic vista of the Himalayas’ snow-capped peaks. Every year, travelers from all over the world visit the area because of its varied attractions. Some of the popular religious centers in the area include the Kasar Devi Temple, Nanda Devi Temple, Chitai Temple, and Katarmal Sun Temple. 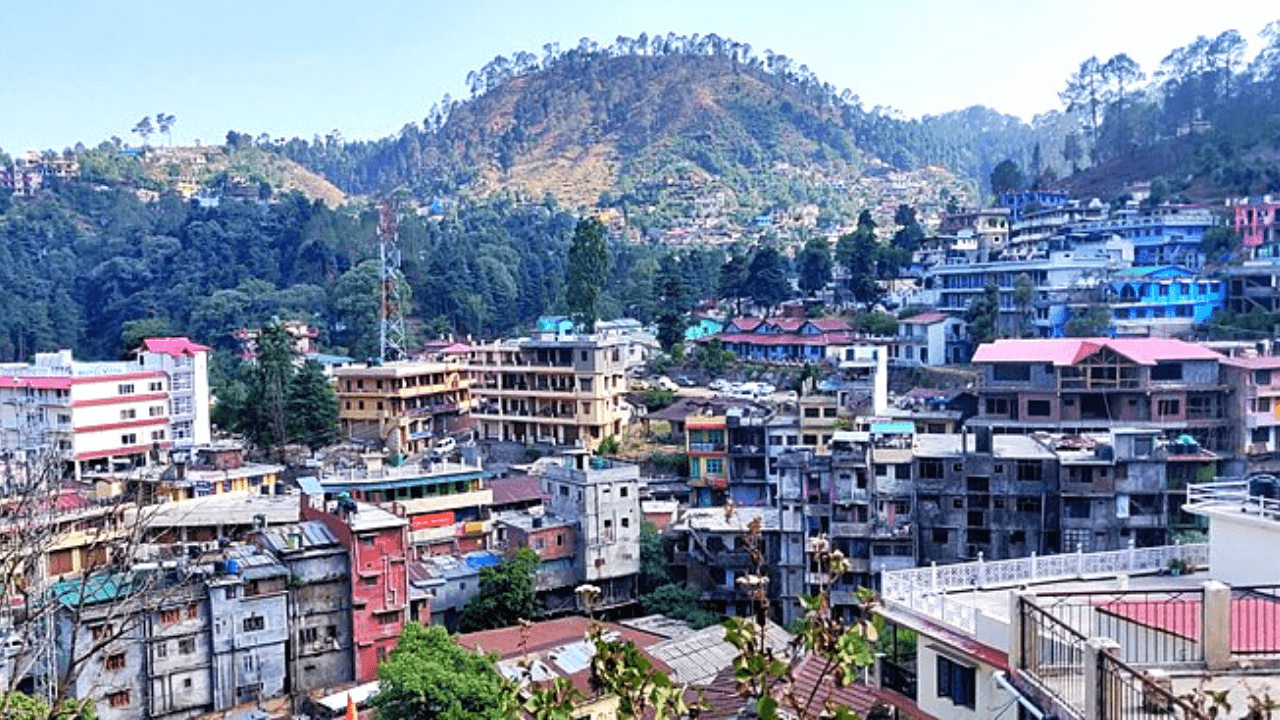 Bhowali is a natural wonderland. Bhowali, at an altitude of 1654 meters, is a gateway to the Kumaon region. Bhowali, which is surrounded by lakes, beautiful forests, fruit orchards, and tea estates, is known for its pleasant environment, which made it a perfect location for the TB Sanatorium, which opened in 1912.

Fresh apples, plums, peaches, strawberries, and apricots may be purchased here, which is located in the middle of Uttarakhand’s fruit belt. It is located at a crossroads between Mukteshwar, Bhimtal, and Ranikhet. Bhowali is a good starting point for exploring the area. It also contains multiple greenhouses where exotic plants and herbs are grown, as well as a large variety of birds. 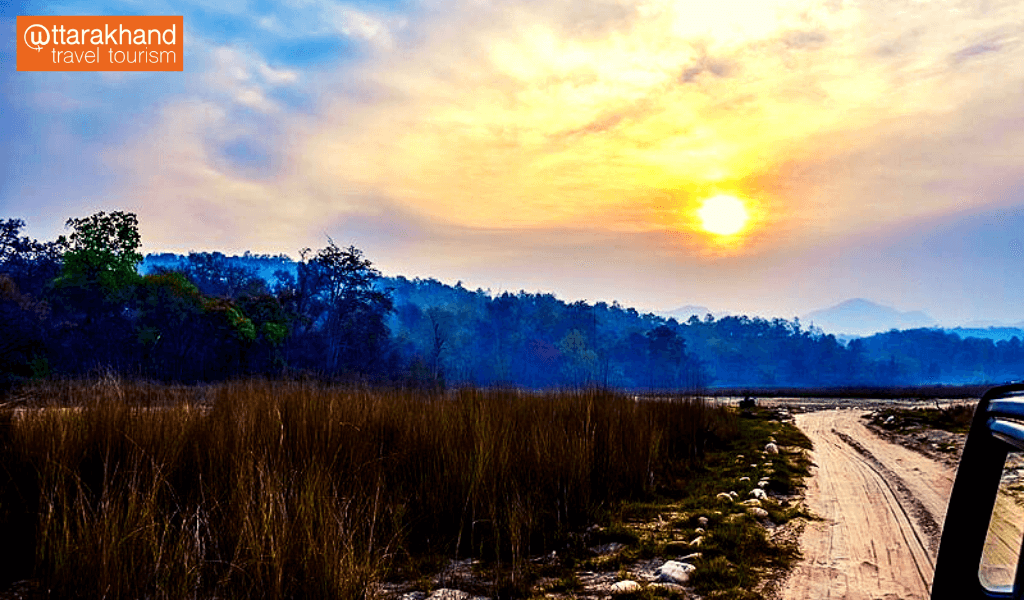 Jim Corbett National Park is located in Uttarakhand’s Nainital district and is part of the larger Corbett Tiger Reserve, a Project Tiger Reserve. The tiger richness of Corbett’s magnificent terrain is well known and renowned. Corbett is India’s oldest and most prominent National Park, having been established in 1936 as Hailey National Park.

It is also remembered as the site of the first Project Tiger launch in 1973. This one-of-a-kind tiger area is best known as the father of Project Tiger in India, which aims to safeguard India’s most endangered animals and the Royal Tigers.

It has a total area of 520 square kilometers, with hills, marshy depressions, riverine belts, meadows, and a huge lake. It is one of India’s few tiger reserves that allows overnight stays in the National Park. In the park, nature watching and animal viewing are done on elephant back and in an open four-wheeler Jeep.

The national park is one of the most popular places for wildlife enthusiasts, as it is home to a healthy population of tigers as well as uncommon species such as otters and the endemic fish-eating crocodile. The most popular location is Dhikala, which is located on the edge of the vast Patil Dun valley. 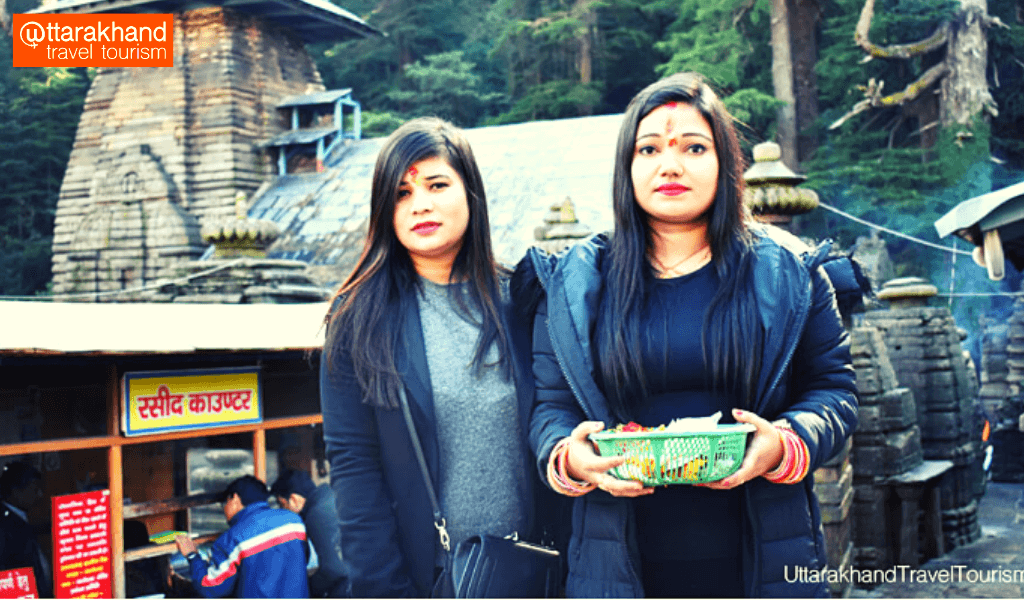 Jageshwar, a peaceful temple town in Uttarakhand’s Almora district, is home to more than 100 stone temples devoted to Lord Shiva, earning it the nickname “Valley of Gods.” The temples reflect the finest design and are placed against a landscape of lush mountains and the shimmering Jat Ganga stream.

Some are small, while others are rather large. The temple complex comprises over 125 temples and 174 sculptures, including idols of Lord Shiva and Parvati, and is protected by the Archaeological Survey of India (ASI). Some of these temples feature over 25 inscriptions on their walls and pillars.

The temples, according to the ASI, are around 2,500 years old and are from the post-Gupta and pre-medieval periods. The Katyuri dynasty rulers were primarily responsible for their construction and renovation.

A red sandstone pillar with etched representations of humans and spiritual figures was unearthed here in recent years. The pillar is thought to have been constructed in the first century BC. During the Jageshwar Monsoon Festival in August and the Shivratri Mela in spring, Jageshwar draws large visitors. 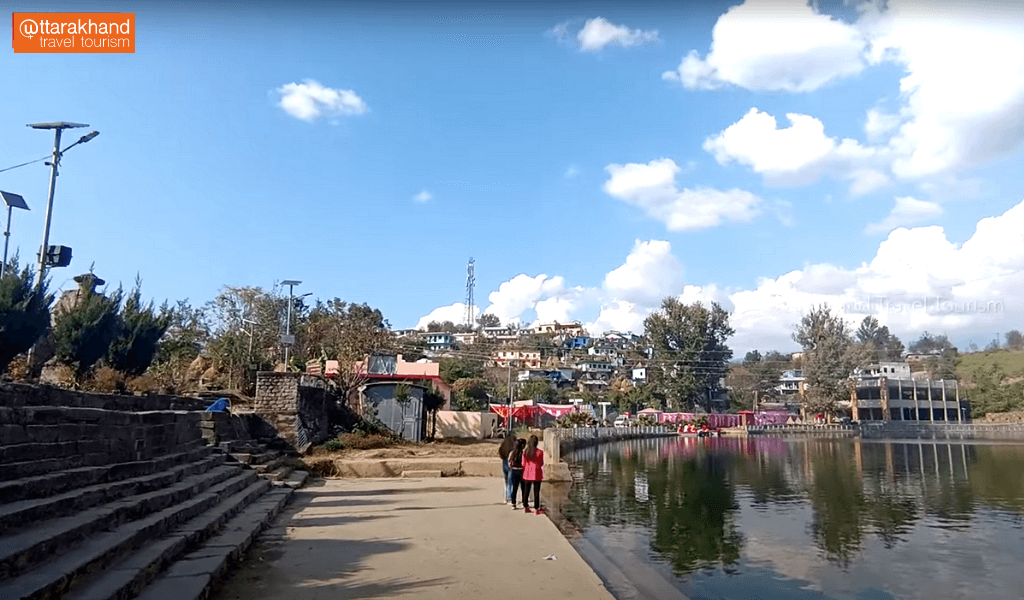 Kausani is a beautiful hill town in Uttarakhand, situated at a height of roughly 6075 feet above sea level. Mountains such as the Nandakot, Trishul, and Nada Devi may all be seen from here, in addition to the majestic Himalayas.

This hill village overlooks the lovely valleys of Someshwar, Garur, and Baijnath Katyuri from the top of a ridge surrounded by lush pine trees. This town was once known as Valna and was a part of the Almora District.

Baichaldeo, the Katyuri King, was in charge of the district at the time. Sri Chand Tiwari, a Gujarati Brahmin, was afterwards given a large portion of the land by the king.

The renowned Indian independence warrior, Mahatma Gandhi, was so taken aback by the beauty of this region that he dubbed it the “Switzerland of India.” Kausani is now a prominent tourist destination that attracts visitors from all over the world every year. 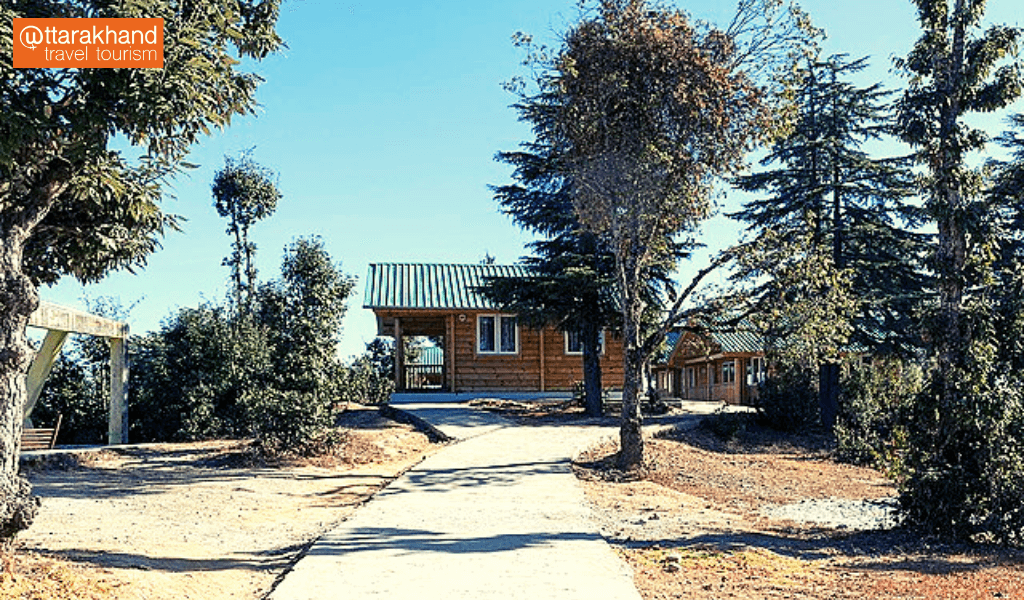 Champawat, the Chand dynasty’s capital from the 10th to 16th centuries, is steeped in history and legacy. It is most known now for its temples, many of which date back to the Chand dynasty. Lord Vishnu arrived in the form of a tortoise named “Kurmavatar” in Indian mythology.

The temple building is outstanding and a testament to the talent and intricacy of the artists of the time. The Nagnath Temple, dedicated to Lord Shiva, is the most important of these. The well-known temple is one of Kumaon’s best examples of architecture. Baleshwar Shrine, dedicated to Lord Shiva, is another noteworthy temple. Another spiritual landmark here is Kranteshwar Mahadev, which is one of the most renowned in the region.

This Shiva temple, located on the summit of a hill east of Champawat, is also known as Kurmapad or Kandev. Aside from temples, the Ek Hathiya Ka Naula is a wonderful piece of architecture. Ek Hathiya Ka Naula, a magnificently carved work on stone, is located roughly 5 kilometers from Champawat and is supposed to have been built in one night by a one-handed artist.

Champawat was named after Princess Champawat, the daughter of King Arjun Deo, who dominated the region and had his capital here, according to locals. Champawat is also said to be mentioned in the Hindu epic Mahabharata, according to legend. The lively town is surrounded by lush tea gardens that produce some of the best teas in the region.

Bhimtal is more tranquil than Nainital, making it a great place to visit for nature enthusiasts and wanderers. Nainital is fairly crowded during the summer months, but if you visit during the off-season, you may enjoy the most of it! So Bhimtal is a must-visit place and very close to many famous destinations.