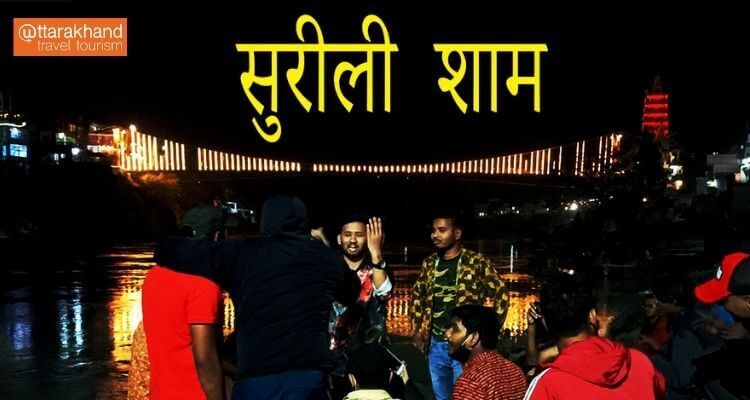 Ram and Laxman Jhula in Rishikesh

Rishikesh is one of northern India’s major tourist and pilgrimage hubs, where people from around the globe come to seek peace. Rishikesh is often known as and rightly so as the ‘capital of the world’ of yoga. Visitors who come here to learn yoga and meditation are in abuzz. Rishikesh has many ashrams, some of which have been internationally recognised as philosophy, yoga and other ancient Indian wellness traditions. This year’s International Yoga Festival (IYF) is hosted by the Uttarakhand Tourism Development Board and is the focus of thousands of Yoga enthusiasts.

There are several Rishikesh-related legends. The ancient text Skanda Purana and the epic Ramayana are said to mention Rishikesh, too. It is said that, after killing Ravana, Lord Rama and his brothers arrived at Rishikesh to do penance.

On our trip from Haridwar to Lansdowne, we reached this magical city of Rishikesh. We had only a night to spend here and so we decided to visit Ram and Laxman Jhula in that time. This is some magical city with old houses , markets and at night it even seems more magical.

The aura in ganga ghats is something you must see. For those who do not know about Ram and Laxman Jhula, below is the information about both the bridges.

Ram Jhula is an iron suspension bridge across the Ganges River, 3 km from Rishikesh, Uttarakhand, Indian State. This bridge connects Swarg Ashram in Pauri Garhwal district from west to east in the Sivananda Nagar district of Muni Ki Reti in the Tehri- Garhwal district. The bridge was built in 1986 and is one of Rishikesh’s iconic monuments.

On both sides of the Ganges there are many Hindu ashrams and religious centres. This is another connecting bridge to Gita Bhawan, Parmarth Niketan, and other Swargashram temples between the Sivananda Ashram located in Muni Ki Reti. Although similar in design, the bridge is 2 kilometres up the stream of the Lakshman Jhula.  This bridge has been built to 750 feet in length (230 m).

On this bridge, motorcycles can run.

This bridge is restricted to pedestrian entrance from 5 November 2020 and will be permanently closed when a parallel replacement bridge is constructed. Both sides of the road prevent motorcycles and scooters from trafficking. Food access is still possible, however, and observations on the ground have confirmed this. At this point, media reports of the complete closure of the bridge are not exact.

Due to its deteriorating condition, the bridge is being replaced. For the most recent developments, see news reports. The bridge is locked for two or four wheels but open to footballers. The bridge is open. After we visited both the bridges , we went back to our Hotel and Rest for the day. Rishikesh has some amazing places to stay and we stayed in EllBee Ganga View.

The place is very easy to find because it is densely equipped with hotels, resorts and camps that offer excellent services and efficiently cater for their guests. An extraordinary experience in Rishikesh includes staying in an ashram where you can explore your inner self with Yoga together with the comfort of your body.

How to Reach Rishikesh

Rishikesh is a city famous among travellers from different parts of the world for being one of the hot sites of tourism. This city is also known to be the centre of yoga and meditation studies located at the foothills of the Himalayas along the River Ganga. The city has been the favourite place of visitors from the last several years, home to India’s popular adventure sports, such as river rafting, bungee jumping, and air safaris Here, the Lakshman Jhula, Rajaji National Park, Ram Jhula, Triveni Ghat, Mahadev Temple,etc are some of the main attractions to be found.

Airport Jolly Grant, which is about 35 kilometres from the city, is Rishikesh’s closest airport. All major airlines regulate and connect services to major cities. Taxis, taxis and buses can be taken to Rishikesh from Dehradun from outside the airport.

Rishikesh is easy to reach from all parts of the country, with easy access to all the major roads and national roads.

Although Rishikesh has a station, not many trains run from there, trains are recommended for Haridwar and then for Rishikesh. Haridwar has links to major cities and is also easily accessible from Rishikesh. Outside the station there are buses, cabs and private taxis which can be used from Haridwar to reach Rishikesh.

We were travelling from Haldwani to Lansdowne with our own Car, so you can also bring your own vehicle for an easy journey!

The only thing I remembered from the whole Rishikesh trip was that the band was sitting on the river bank singing some amazing songs , and I went into a trance just by looking at the view.