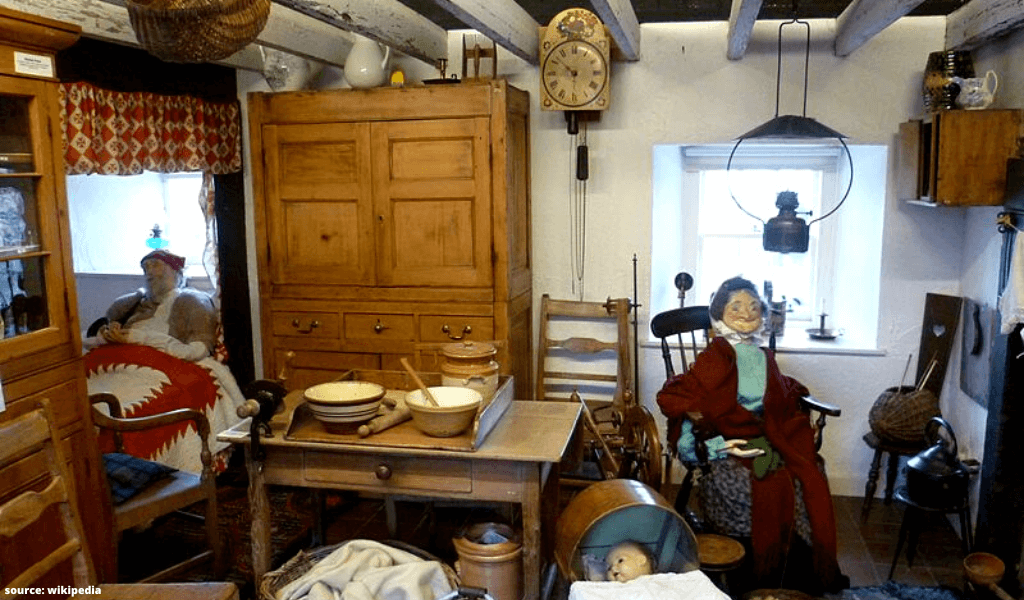 This museum is a must-see attraction in Bhimtal. This private museum, popularly known as the ‘Lok Sanskriti Sangrahalaya,’ was founded in 1983 by Dr Yashodhar Mathpal and houses valuable artefacts as well as a treasure trove of old photographs.

This is a must-see attraction in Bhimtal, popularly known as Lok Sanskriti Sangrahalaya, which displays valuable artefacts and a treasure trove of old photographs. This museum also displays various archaeological items and rock arts that represent Uttarakhand’s rich culture. Other items on display include ancient manuscripts, folk paintings, images of gods and goddesses, and wooden artefacts.

A folk cultural museum in Bhimtal is one that focuses on folk culture and heritage. Local life in rural communities is depicted in such museums. A folk museum typically exhibits historical objects that were used in people’s daily lives. Clothes and tools are examples of such items. Many folk museums are open-air museums, and some specialise in rural history.

A museum is a facility that cares for (preserves) a collection of artefacts and other objects of artistic, cultural, historical, or scientific significance. Many public museums make these items available for public viewing through permanent or temporary exhibits. The world’s largest museums are found in major cities, while thousands of smaller museums can be found in towns, villages, and rural areas. Museums serve a variety of functions. Museums serve a variety of purposes, from assisting researchers and specialists to serving the general public. Serving researchers are increasingly giving way to serving the general public.

Early museums began as private collections of art and rare or unusual natural objects and artefacts amassed by wealthy individuals, families, or institutions. These were frequently displayed in “wonder rooms” or “cabinets of curiosities.” Ennigaldi-museum, Nanna’s devoted to Mesopotamian antiquities and dating from around 530 BC, was the oldest such museum in evidence; it apparently had enough traffic to warrant labels for the ordered collection, though there is no source for this information.

Access to these museums was often granted to the “respectable,”, particularly to private art collections, but only at the discretion of the owner and his staff. One way that elite men gained a higher social status in the world of elites during this time period was by collecting and displaying these strange objects. Many of the items in these collections were new discoveries, and the collectors or naturalists were eager to obtain them because many of these people were interested in natural sciences.

They used the Folk Cultural Museum in Bhimtal to sort and manage the empirical explosion of materials that wider dissemination of ancient texts, increased travel, voyages of discovery, and more systematic forms of communication and exchange had produced by putting their collections in a museum and displaying them.

They used the Folk Cultural Museum in Bhimtal to sort and manage the empirical explosion of materials that wider dissemination of ancient texts, increased travel, voyages of discovery, and more systematic forms of communication and exchange had produced by putting their collections in a museum and displaying them.