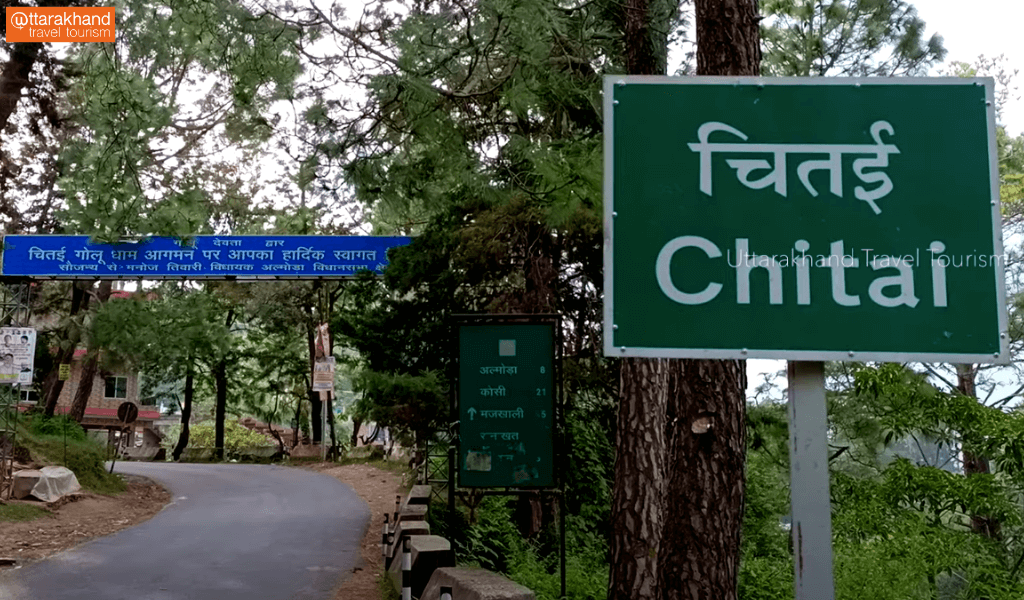 Golu Devta : The God of Justice

The famous Temple of Almora Uttarakhand is the Golu Devta Chitai temple, dedicated to Gollu or Goljyu or Goril Devta is situated about 8kms from Almora, Chitai Golu is quite a famous temple in Uttarakhand. Uttarakhand is known as Devbhoomi in the Rigveda.
A land inhabited by gods and goddesses. This most sacred place, nestled in the Himalayas, is supposed to be the land of full sage action. Uttarakhand is home to numerous magnificent temples dedicated to gods and goddesses. These temples are well-known not just in India, but also around the world. One of these temples is dedicated to Golu Devta as well. In local beliefs, Golu Devta is known as the god of justice.
Golu Devta is well-known for his zeal for justice. Although there are many Golu Devta temples in Uttarakhand, the temple of Chitai Golu Devta in Almora district is the most prominent and revered. The crowds of worshippers in this temple complex and the sound of the constantly humming bells are the only indicators of Golu Devta’s public adoration. 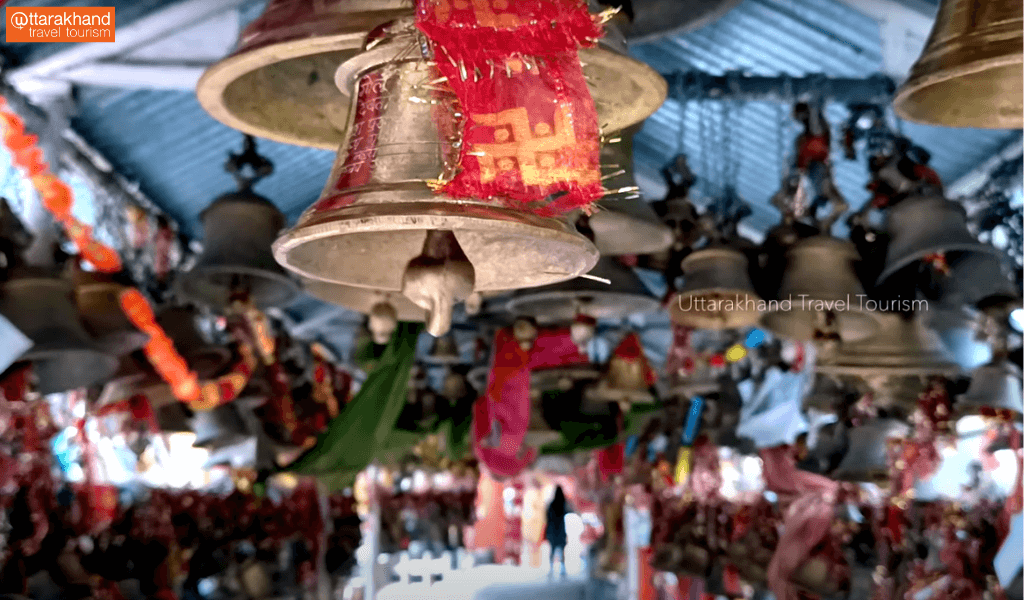 In the local culture, Golu Devta is revered as the most powerful and the god of swift justice. Rajvanshi deity is his name. In Uttarakhand, Golu Devta is known by numerous names. Gaur Bhairav is another of these names. Lord Shiva is said to have taken the form of Golu Devta. The bell is offered in the temple when the desire is granted. 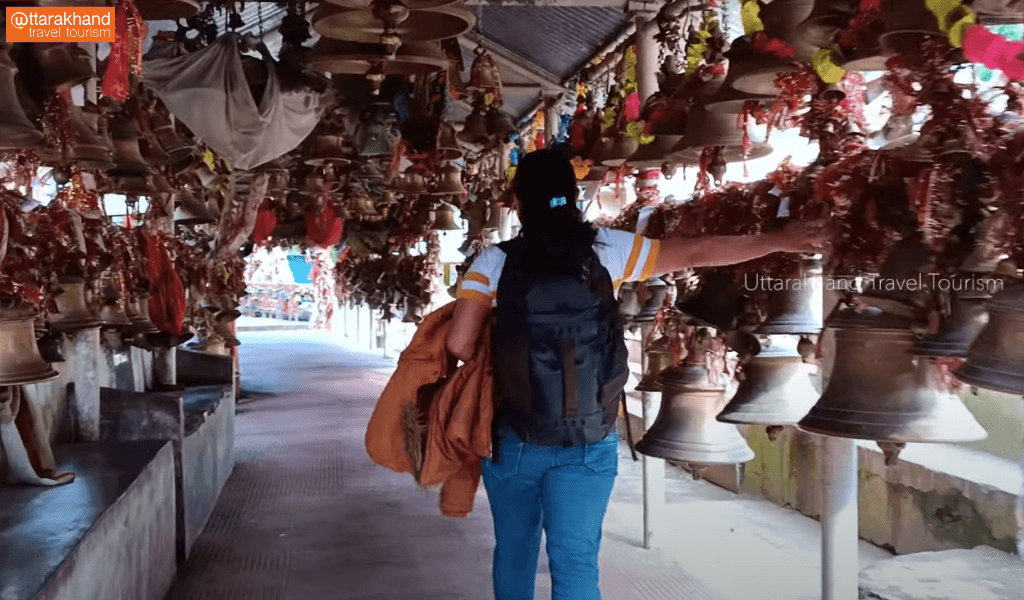 Golu Devta is thought to be a combination of Shiva and Krishna. People from all over the world travel to this Golu Devta temple to seek justice, not only from Uttarakhand. Seeing the temple’s bells would give you the impression that no devotee’s request is ever unfulfilled here. Mannat requires an application form to be completed. 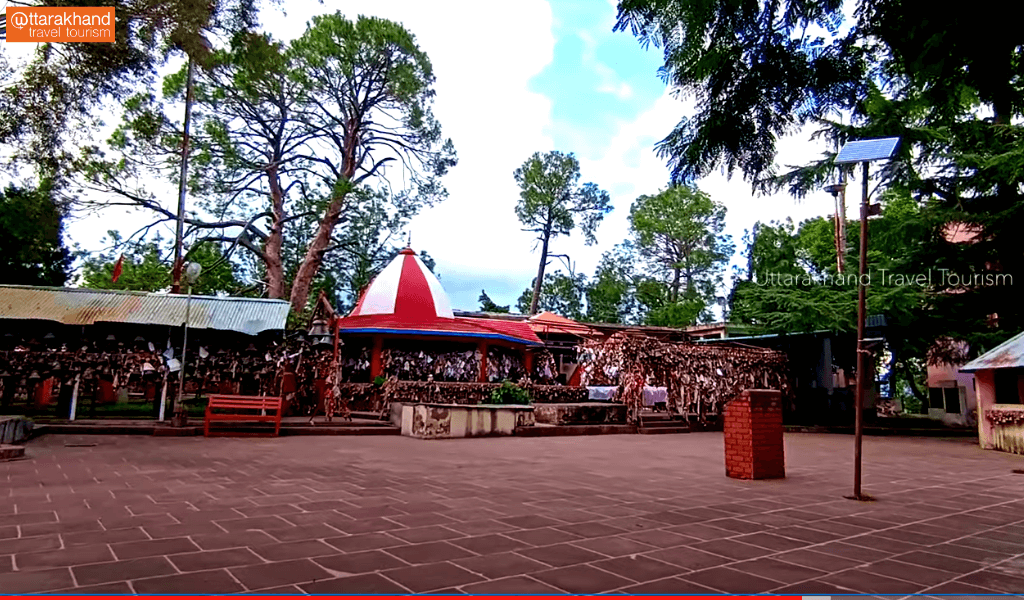 Millions of beautiful bells may be found in the shrine. Devotees only give these bells when their requests are granted. Devotees at Chitai Golu temple send letters to request vows. Not only that, but many people write on stamp paper to seek justice for themselves. 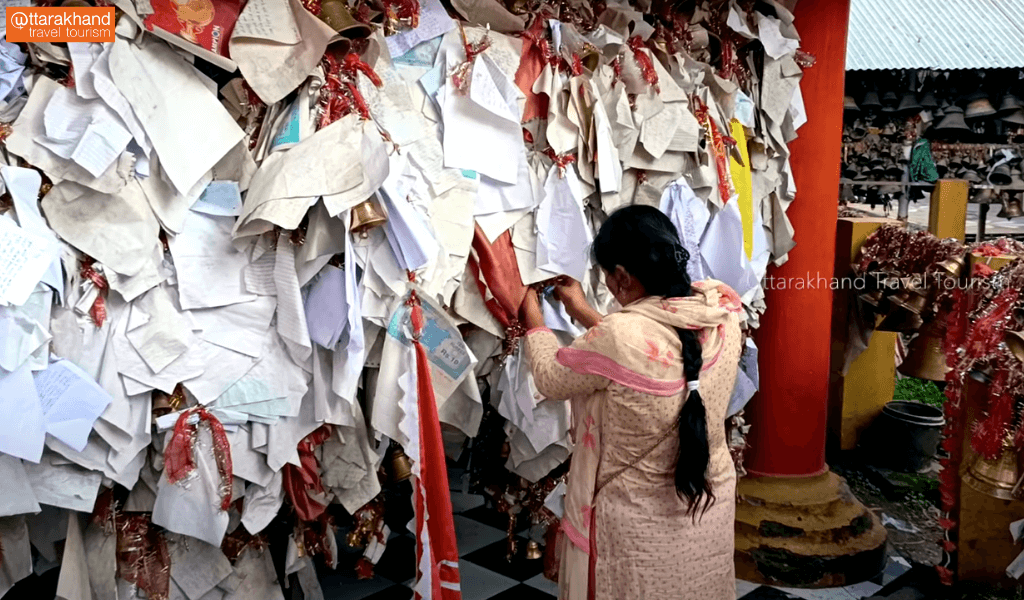 Chitai Golu Temple is located eight kilometres from Almora on the Pithoragarh Highway. Here is a magnificent Golu Devta temple. Inside the temple, there is a Golu Devta idol riding a white horse and wearing a white turban while clutching a bow and arrow. Devotees gather from all over the world to seek justice at this temple. 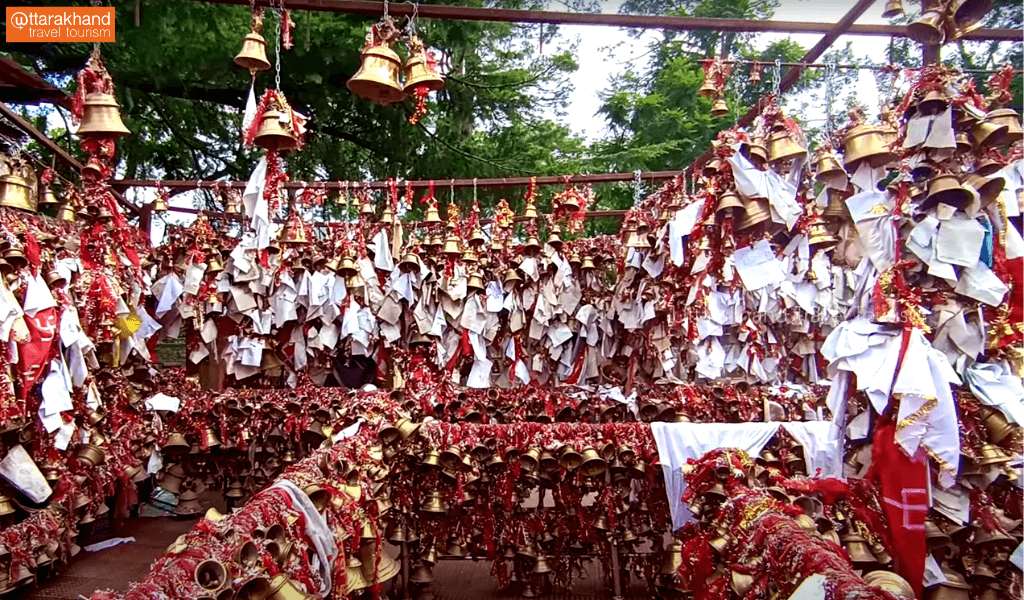 Those who do not receive justice are said to seek refuge with Golu Devta, after which they receive justice. The Golu Mandir is about 400 kilometres from Delhi. You may get a direct bus from Anand Vihar to Almora if you want to visit this temple. Aside from that, you can fly to Haldwani from Delhi and then take a car to Almora from there. 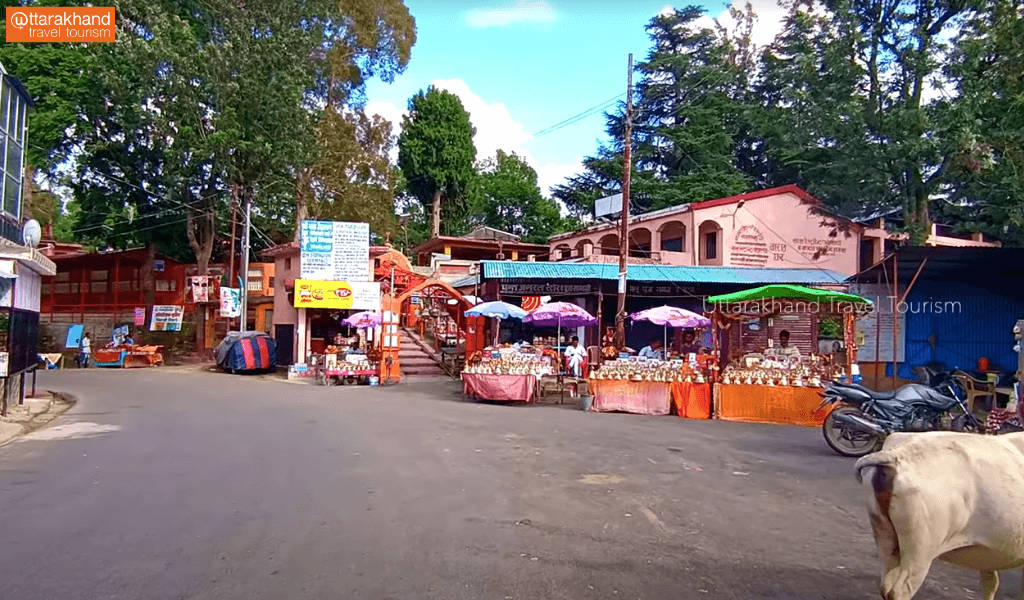 Kathgodam is the nearest railway station to Almora. It is roughly 81 kilometres from the city and takes almost two hours to travel. The train service is excellent, and it is well connected to a number of other cities, including Moradabad, Delhi, Haridwar, and Bareilly.

The nearest airport to Almora is at Pantnagar, which is roughly 127 kilometres away and is home to a renowned agricultural institution.